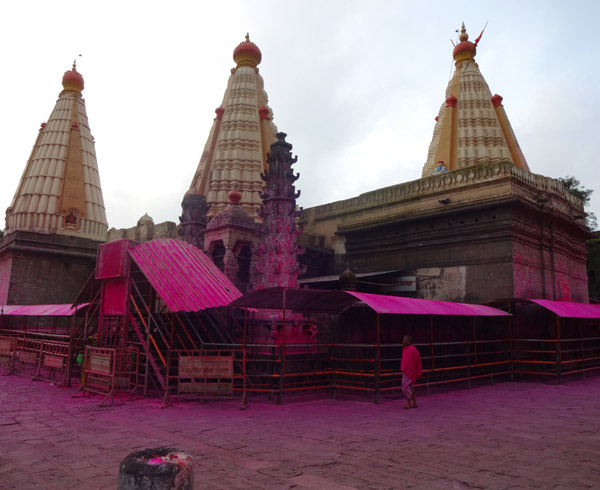 lord jyotiba and khandoba (jejuri) are two important temples or deities in maharashtra. in the sense that they are kul-devatas (family gods) of many maharashtrian families.

2.  in mahalaxmi temple website, it is mentioned that after defeating kolhasur & other devils; the goddess of health, wealth & prosperity mahalaxmi (ambabai) decided to settle in kolhapur (karveer). for the complete defense of her empire, she appointed four guards at the four sides of kolhapur. among these four guards; the most important is yyotiba; to whom mahalaxmi appointed at the northern side. jyotiba is even known as kedareshwar. jyotiba is the king of southern region; thus known as “dakkahancha raja”.

3. whatever you desire or pray in the temple comes true. when your wish is fulfilled then you must come back within a year and offer to the deity whatever you have promised. it could be as simple as offering a coconut. many married couple also visit lord jyotiba just after getting married. as this brings good luck and harmony in married life.

an annual fair takes place on the full moon night of the hindu months of chaitra and vaishakha. lakhs of people visit the temple during this fair. at that time, the temple is at its full glory.

when i visited the temple there was not much crowd. but the temple was pink with gulal.

gulal is offered to lord jyotiba.


we have to climb down 100+ steps to reach the temple. there are shops on both the sides as you climb down the steps. they sell gulal, coconut, sweets, copper bangles, lord jyotiba photos, spiritual CDs and other pooja material. 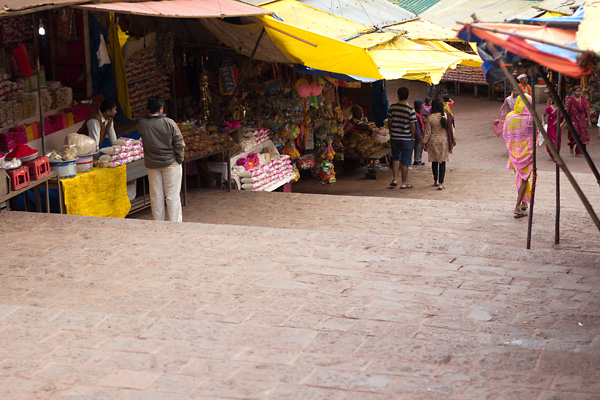 a day before His procession has taken place and so the temple walls and floors were covered with gulal. during jyotiba’s ‘palakhi’, ‘gulal’ is showered in a coconut shell. many devotees visit the temple on this day. our friend had visited the temple one day after nag panchmi day and said that he had to stand in line for 9-10 hours to get jyotiba darshan.

last year, govt has banned the selling of coconut shell. as some devotees get hurt when people throw gulal along with coconut shell.

currently there is not much information about jyotiba temple on internet but in maharashtrian families the temple of this deity is very well known and revered. near the temple there are houses of 10,000 pandits/bhats. each bhat is assigned to one village. so any villager who wants to do any special pooja in jyotiba temple, comes with his village bhat to the temple. the bhat will clean his house situated close to the temple, make food preparation and will do the pooja.

the pandits in this temple are very polite and helpful. they allowed me to take the photographs. so there is going to be lot of well shot photographs in this post. otherwise in most temples the photography is not allowed. so either you cannot click the photographs or you have to click them quickly.

when you enter inside the temple then you have to take little right turn and then you can see the main entrance of the shrine.

now sharing few photographs of the inside of lord jyotiba temple. 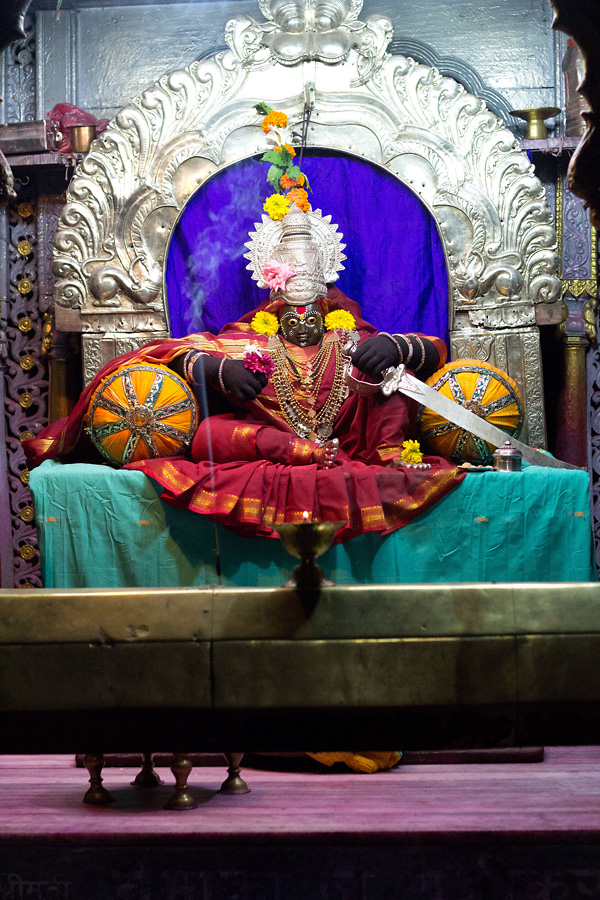 while having darshan of lord jyotiba, men are allowed to go inside the inner shrine, provided they remove their shirts. 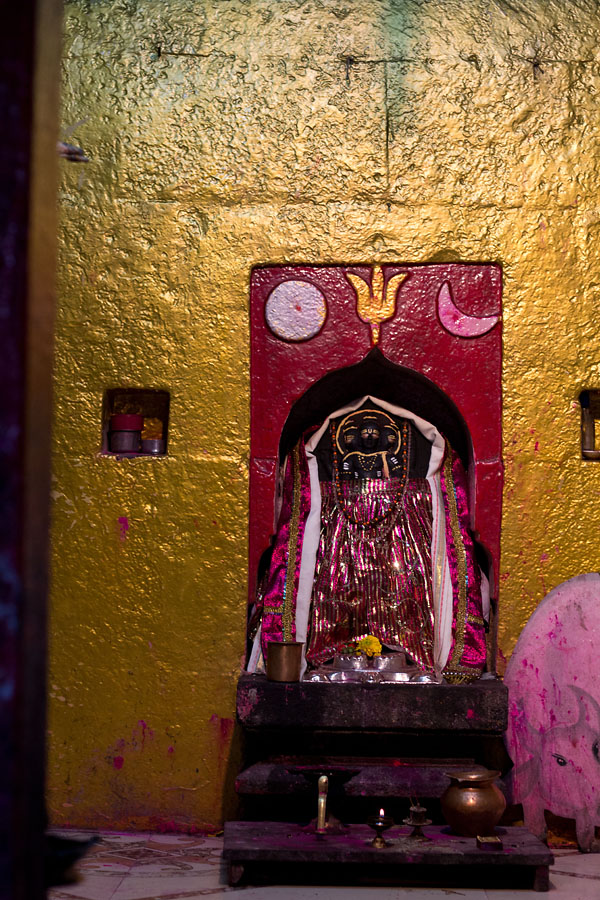 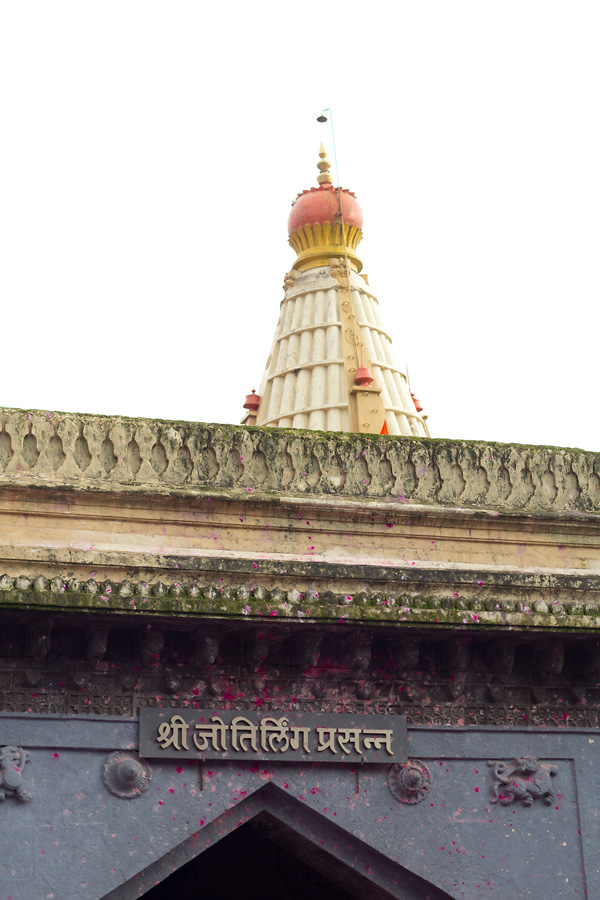 originally there were 64 sacred jyotirlinga and now only 12 jyotirlinga are known. there are upa-jyotirlinga which are also sacred and jyotibha is one of them. 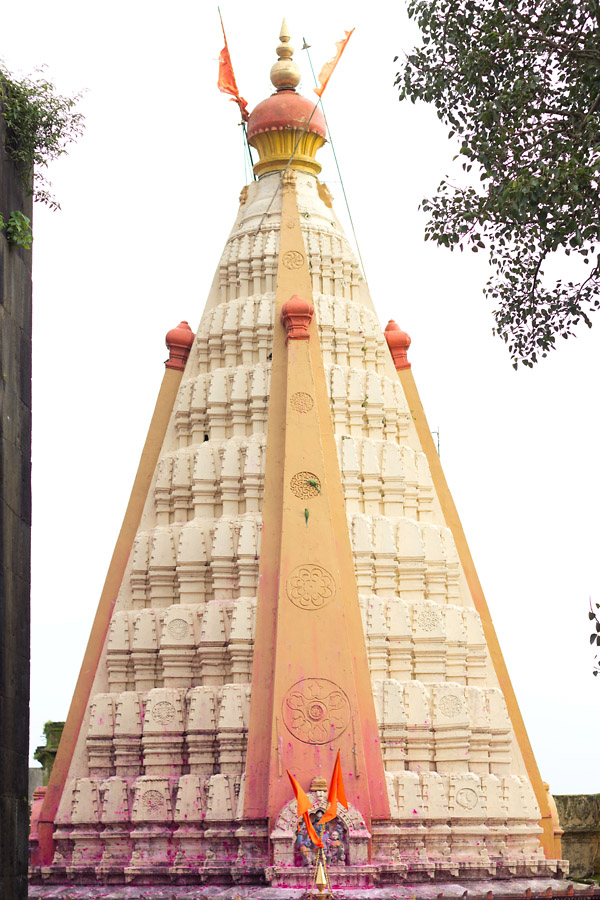 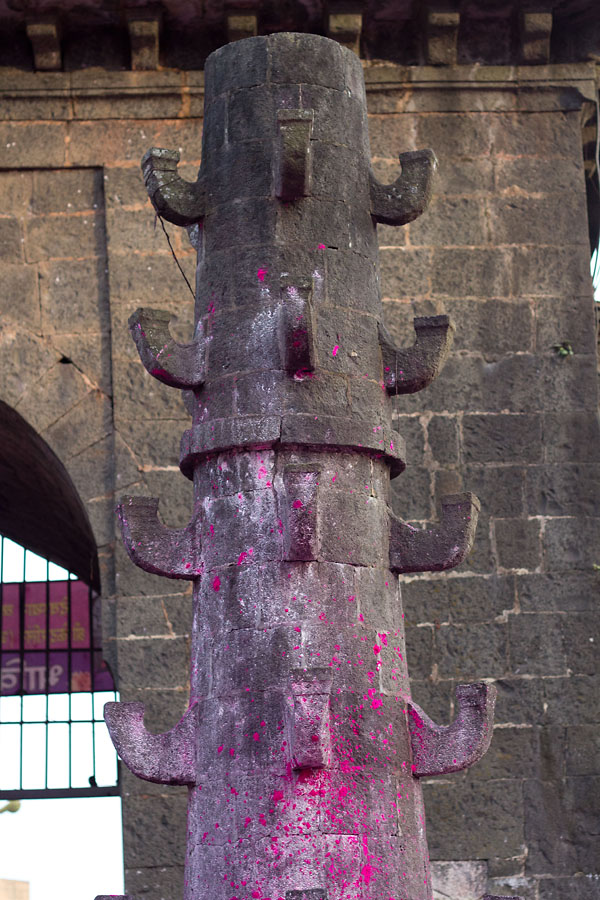 lighting towers. i guess they are used to burn diyas and also protect the temple from lightening. you can see these lighting towers in many temples like khandoba (jejuri), trimbakeshwar shiva temple (jyotirlinga in maharashtra). 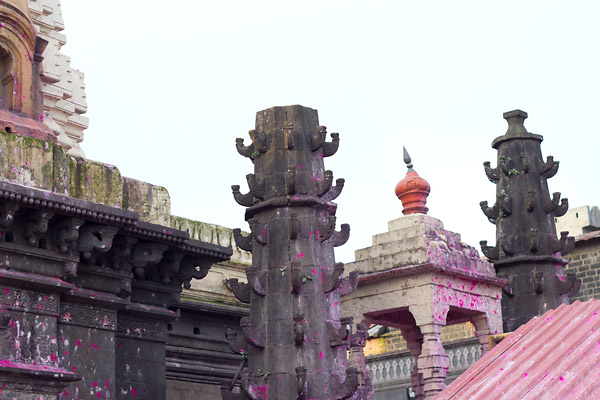 see the art work in the temple door 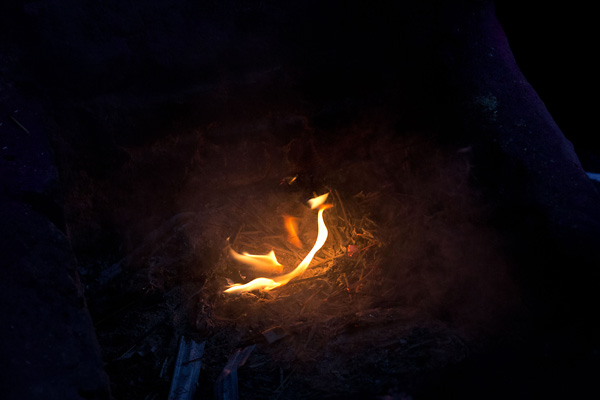 the sacred fire burning when we came out from temple shrine.

after visiting the jyotiba temple, you must visit the yamai devi temple which is close by. otherwise your visit will not be considered complete. according to our friend, when a child is born then yamai devi writes his destiny in first 5 days of the birth. this is again a very charged temple and a must visit.

other spiritual place to visit near by:
1. narsinhwadi (narsobachi wadi) – it is around 30-40 km from kolhapur. known for the lord datta temple situated on the sangam of panchganga and bhima river.