although rewalsar is not much known in tourist circle but it is a very peaceful and beautiful location. surrounded by hills and covered with greenery. its a beautiful location for someone who is need of serene and calm place or want to meditate in a holy place.

rewalsar is easily reached via road as its hardly 25 km from mandi district. its a small town in mandi district of himachal pradesh, india. the place is still untouched from commercialization and is a hidden gem in spiritual or tourist map of india. 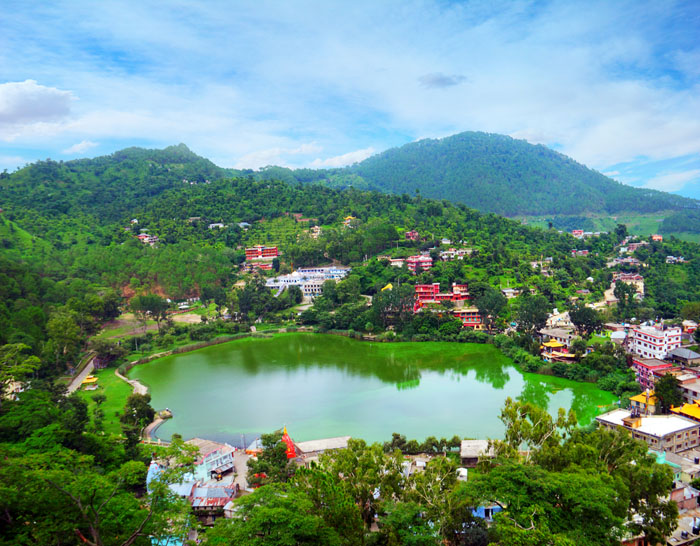 rewalsar lake holds a special place in the heart of tibetan people as it was from this place that the great tantric master padmasambhava went to tibet to teach buddhism and tantra. with the arrival of padmasambhava mahayana buddhism spread all over tibet. tibetan call this holy lake as “tso pema lotus lake“.

padmasambhava is considered the most ferocious and compassionate buddhist enlightened master. he is revered very highly in tibet. in tibet, he is also called as “guru rinpoche”. he introduced tantric buddhism in the tibet.

there are three buddhist monasteries at rewalsar. many buddhist people stay here and meditate. the water in the lake is considered holy. fishing is not allowed in the lake and you should not harm the fishes. 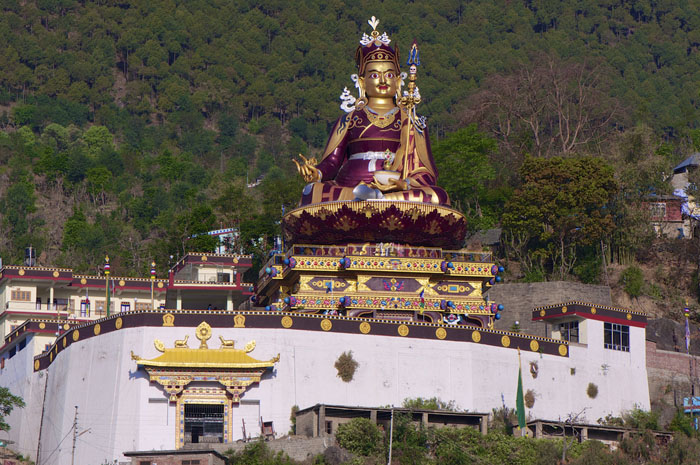 the padmasmabhava statue is 123 ft in height. it was consecrated, blessed and inaugurated by 14th dalai lama of tibet on 2012.

as per the legend, padmasmabhava was teaching tantra to the princess mandarava. there were rumors that daughter might leave the kingdom and join the tantric practices with the padmasmabhava. this was not acceptable to the king of mandi. so he tried to burn padmasmabhava alive. the fire burned for a week. when the flames went off and smoke was cleared. he saw that padmasmabhava is sitting in lotus position in deep meditation. a lake has also formed around the place. realizing his mistake, the king offered the hand of her daughter mandarava and his kingdom to padmasmabhava.

the cave has the statue of lord shiva and lord padmasambhava. its approx 7-8 km from the lake.

the rewalsar lake also has three hindu temples dedicated to lord shiva, lord krishna and to the sage lomas who meditated here and was blessed by lord shiva and ma parvati.

another holy lake, kunt bhyog lies above rewalsar. it is associated with the escape of pandavas from the burning palace of wax (an episode from the mahabharata). pandavas stayed there for some time.

the place is equally sacred to sikhs. as the tenth guru of sikhs, guru gobind singh visited rewalsar in 1701, to seek support from the hindu kings against aurangzeb. he stayed at rewalsar for a month. raja joginder sen of mandi built guru gobind singh gurudwara at rawalsar in 1930 to commemorate the guru visit. the place is particularly sacred to namdhari sikhs due to its mention in sau sakhi as a sanctuary.

the lake perimeter is surrounded by buddhist monastries, hindu temples and the gurudwara.

how to reach rewalsar:
by airport: nearest airport is of bhuntar, located around 63 km from mandi town and around 88 km from rewalsar.
by road:  24 km by road from mandi. buses and taxis are available at mandi. new road lane is under construction.
by train: the closest station is in kiratpur which 125 km away from  mandi.

about stay – there are few private hotels in rewalsar apart from himachal tourism. accommodation in monasteries is also provided. main festival season is in feb-march. its better to book the room in advance if you are visiting during festival days or during baishakhi festival.