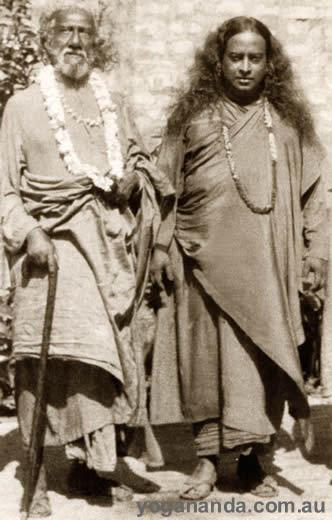 swami sri yukteswar giri was an enlightened mystic and guru of paramhansa yogananda. he was an adept in kriya yoga and was an disciple of enlightened mystic lahiri mahasaya, who was disciple of ageless yogi babaji. it is believed that babaji is still living in etheric or energy body and is over 1600 years old.

kriya yoga tradition came into limelight after yogananda wrote his world famous spiritual book “autobiography of a yogi”. it is one of the bestseller in spiritual category. the book has transformed the life of millions of people including steve jobs who was a big fan of this it. sri yukteswar giri gave lot of emphasis on practicing kriya yoga and living a honest, disciplined, simple and religious life.

sri yukteswar giri knew the deeper meaning of bhagavad geeta and bible. he was also an expert astrologer and astronomer. sri yukteswar giri mentioned that mankind is not living in kali yuga as believed by most hindus. according to him, kali yuga has ended. many of his theories are getting researched now.