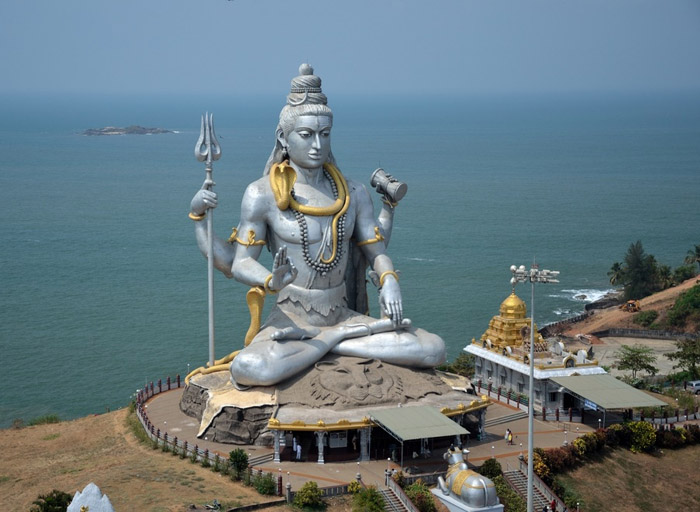 selecting a list of 10 top temples of india among lakhs of temple is a difficult task. there are many temples in india which have historical importance and are also mentioned in hindu holy books like puranas. then there are temples which don’t receive thousands of devotees everyday but are powerhouse of energy and are best places for performing certain sadhanas. e.g. kamakhya temple in assam and tarapith temple in west bengal.

then there is akshardham temple which is one of the most visited temple in delhi but was made just few years back and has no historical importance.

so i thought from many angles to make this list of top 10 temples. i took into consideration the popularity, historical importance or any legend associated with the temple, architecture and beauty of temple and importance for doing certain sadhanas.

so considering many angles, i am compiling this list. pardon me, if i have not mentioned your favorite temple !!!. wherever possible, i am also mentioning other important temples which are close by and should be visited.

1. rameshwaram temple, in tamil nadu
this temple is dedicated to lord shiva and is one of the twelve jyothirlinga temple. it is located on rameswaram island in the state of tamil nadu. as per legend lord rama got the shiva lingam installed here so that he could pray to lord shiva before crossing the ocean to fight with ravana.

kashi also known as benaras or varanasi is the city of lord shiva. here shiva is known by the name vishwanath which means the lord of whole world. kashi vishwanath temple is dedicated to lord shiva and is one of the twelve jyothirlinga temple. benaras is one of the most holy city for hindus.

kashi has thousands of temples. another temple of great importance near kashi vishwanath temple is annapurna devi mandir. annapurna devi is a form ma parvati and is believed to be the “goddess of food”. she is also known as kashipuraadeeshwari (“queen of kashi”).

3. somnath temple in gujarat
the temple is devoted to lord shiva and is one of the 12 jyotilingas temple in india. its a very ancient temple and many legends are associated with it.

somnath means “lord of the soma”. it is believed that at this place, moon (soma) was relieved from the curse of his father-in-law daksha prajapati by the blessings of lord shiva. it is also believed that this is the place where lord krishna ended his lila (divine play) on earth and left for his heavenly abode. this temple finds its reference in the ancient texts like skandpuran, shiv puran and shreemad bhagavat.

4. jagannath puri temple, in orissa
the temple is dedicated to lord jagannath, balabhadra (elder brother of krishna) and the goddess subhadra. the temple is very sacred to the vaishnava tradition.

vimala temple which is one of the shaktipeeth temple dedicated to goddess vimala (bimala) is also located within the jagannath temple complex.

all the renowned acharyas including madhvacharya have been known to visit this temple. many enlightened masters like adi shankaracharya, ramanujacharya, nimbarkacharya, ramakrishna paramhansa, guru nanak, kabir and tulsi das had visited this place. sri chaitanya mahaprabhu stayed here for 24 years.

note – char dham is a group of  4 pilgrimage sites in india that are widely revered by hindus. badrinath (in north india), dwarka (its 4 hours from somnath temple – western india),  puri (eastern india) and rameswaram (south india) are these four places. it is considered highly sacred by hindus to visit char dham during one’s lifetime. out of first 4 temples in this list, 3 are very close to char dham.

5. tirupati bala ji temple, in andhra pradesh
the temple is dedicated to lord venkateswara (an incarnation of lord vishnu). it is one of the most visited place of worship in the world and the richest temple of india (in terms of donations received and wealth). the temple is visited by about 50,000 to 100,000 pilgrims daily (30 to 40 million people annually on average). now they are making the same replica of temple in many cities. already the temple in bangalore and pune are very popular.

the prasad which is given as “tirupati laddu” is very famous. many devotees have their head tonsured as “mokku”, an offering to god. many people who wants visa visit this place.

7. siddhivinayak temple, mumbai
the temple is dedicated to lord ganesha and all sincere prayers are fulfilled here. it is one of the most famous temple in mumbai. many bollywood celebrities also visit the temple before the launch of their movies. few more famous temples in mumbai are mahalaxmi temple, mumba devi temple (mumbai is named after goddess mumba) and vajreshwari devi temple.

ganesha is the most popular deity in maharashtra. few of other important ganesha temple in maharashtra are dagdusheth halwai ganpati temple in pune, ashta vinayaka temple around pune and dholya ganpati temple in wai, satara. during ganesh chaturthi lot of devotees visit these temples and there is a big queue. however you can also avail special passes for most of these temples, if visiting during ganesh chaturthi.

the temple is situated at the top of a hill and you have to walk 14 km to reach there. credit must be given to ex governer jagmohan who made excellent arrangement for the devotees and for the yatra. although you have to walk 14 km one way, but the road condition and facilities are very good. moreover devotees remember goddess all the way to the top of the hill so you feel charged with devotional energy. its is believed that she will call you to her darbar (temple) and then only you can visit her. everyday thousands of people visit ma vaishno devi darbar. during navratri the maximum number of devotees come.

the temple is dedicated to goddess parvati, known as meenakshi and her consort, lord shiva, here named sundareswarar. this is a very important temple for people from tamil nadu. the annual 10-day meenakshi tirukalyanam festival, celebrated during april and may, attracts 1 million visitors.

10. padmanabhaswamy temple in kerala:
the temple is dedicated to lord vishnu. its an ancient temple and legend about it goes back to 5000 years. the temple became famous worldwide during 2011 when it was found that temple vault has treasure worth more than 1 lakh crores (in the form of jewellery, idols, weapons, utensils and coins).

two more temples which are very famous in kerala are guruvyar temple and sabri mala temple.

we hope this list of temple will be helpful to you for planning your journey.