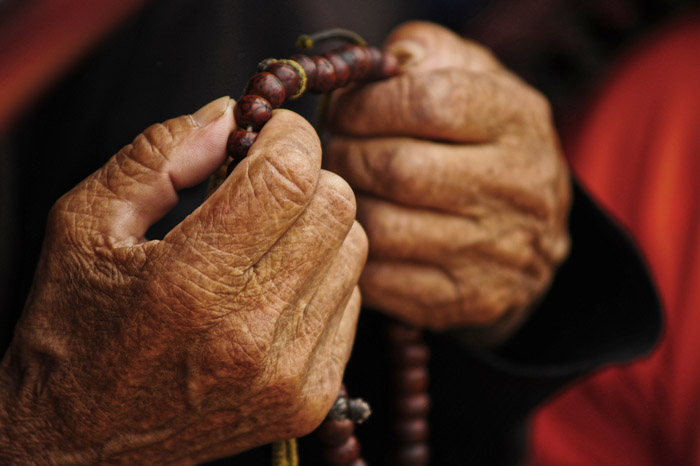 the number 108 is considered sacred by eastern religions like hinduism, buddhism, jainism and sikhism. usually the mala have 108 beads.

no one knows for sure why mala has 108 beads because the reason for choosing 108 number is not specified in any of the ancient scriptures. but many reasons are given to support this theory. few of those reasons we are sharing here.

1. the diameter of the sun is about 108 times the earth’s diameter.

2. the distance between the sun and the earth is approximately 108 times the sun’s diameter.

3. the distance between the moon and the earth is 108 times the moon’s diameter. thus the number 108 connects the sun, earth and moon.

4. in vedic astrology, the horoscope is divided into 12 houses and there are 9 planets which governs your life. now 12 houses multiplied by 9 planets is again 108.

5. in vedic astrology, the horoscope is also divided into 27 nakshatras with four padas (steps). again 27 multiplied by 4 is 108.

9. there are 108 marma points in the body (include skin as one marma point). marmas are energetic centers in body where life force accumulates and flow.

10. there are 54 letters in the sanskrit alphabet. each has masculine and feminine, shiva (masculine or consciousness) and shakti (feminine or energy). 54 multiplied by 2 is again 108. sanskrit is one of the most scientific language and is the best language for computers. it is also the oldest language of world and is also known as dev bhasa (language of gods).

2. the 109th bead in the mala is known as the meru bead or guru bead. when you complete one round of mala japa then you will come across the meru bead. don’t cross it. stop and reverse the mala and start chanting again in reverse direction.