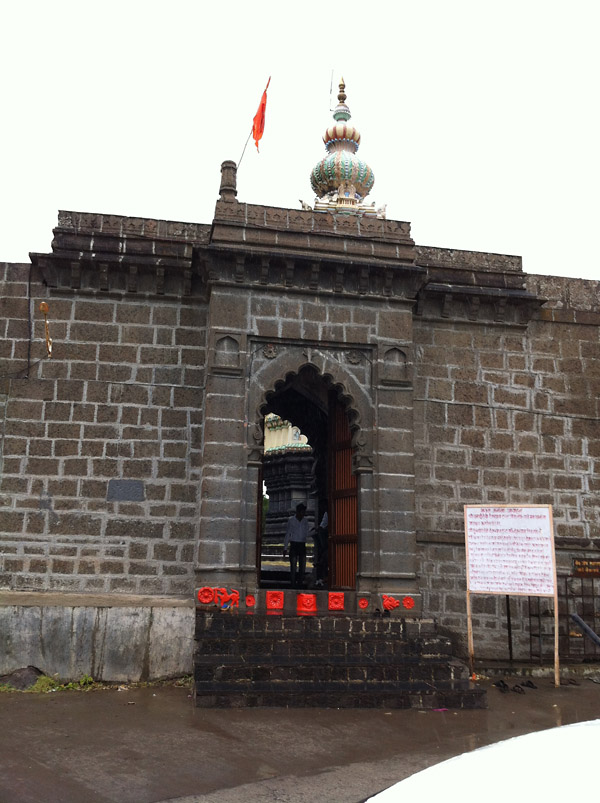 yamai devi is kul devi of many maharashtian families and is very much revered in maharashtra. the aundh town in satara is famous for yamai devi temple.

1. it is said that goddess mahalaxmi of kolhapur and lord jyotiba called her as “ye mai” (in marathi) which means “come mother” in english. hence, she is known as yamai devi. lord jyotiba is avatar of brahma, vishnu and mahesh (shiva) and is kul-devata of many maharashtian families. lord jyotiba temple is in kolhapur. next to jyotiba temple is a small but beautiful yamai devi temple. while jyotiba temple, a local person told me that when a child is born then yamai devi writes the destiny of the child in first five days and she is sister of lord jyotiba.

2. one demon aundhsur has started troubling the people and rishis of this place. after they prayed to goddess, she killed the demon and that’s how the town was named as aundh.

3. another legend about this place is the test of lord rama taken by ma parvati. when sita ma was abducted by demon king ravana. then lord rama was in lot of pain and anguish and was searching sita ma everywhere along with laxmana. seeing this state of rama, parvati ma had a doubt that how can rama be an incarnation of vishnu. lord shiva told her that he is aware of his reality and he is just playing the character of rama. right now, as per character demand, rama should feel pain. so he is feeling pain otherwise from within he is totally still and is in bliss.

parvati ma could not accept this fact and she decided to take test of lord rama. so she took the form of sita ma and appeared in front of lord rama. vishnu worship shiva and shiva worship vishnu. so for lord rama, parvati ma is his mother. seeing parvati ma, lord rama immediately recognized her and addressed her as mother. parvati ma realized her mistake and blessed rama.

the yamai devi temple is build on a hill. a concrete winding road goes to the temple top. you can also reach the temple from village by climbing 432 steps. shri bhavani museum is close to the temple and has paintings of raja ravi varma, m. v. dhurandhar, baburao painter and madhav satwalekar 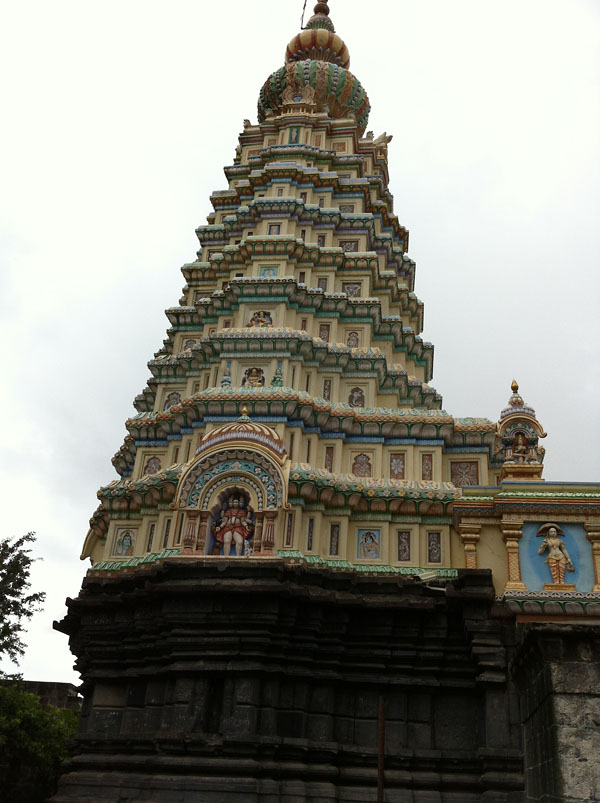 the temple is situated at the hill top and is made from stone. the temple looks pleasing and aesthetic. the temple kalash is adorned with 7 kg solid gold. 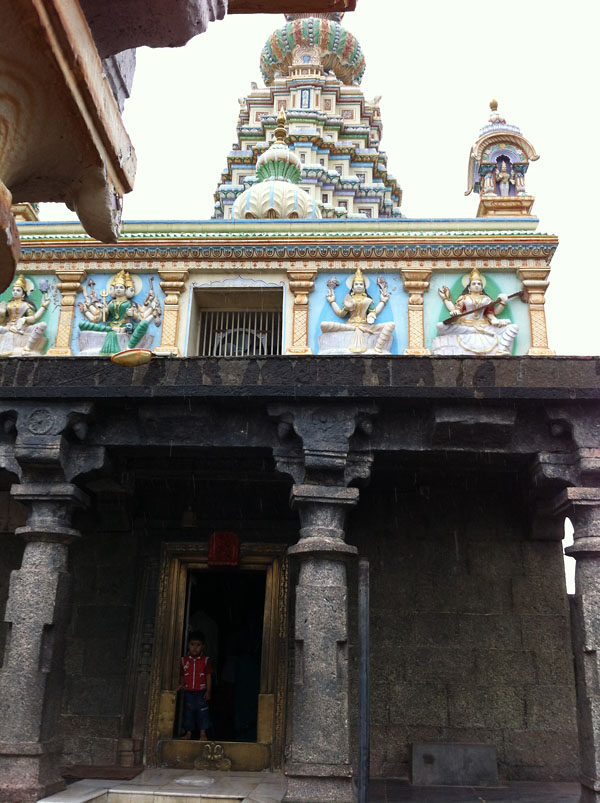 entrance to main door of the temple. photography is not allowed inside the temple sanctum. 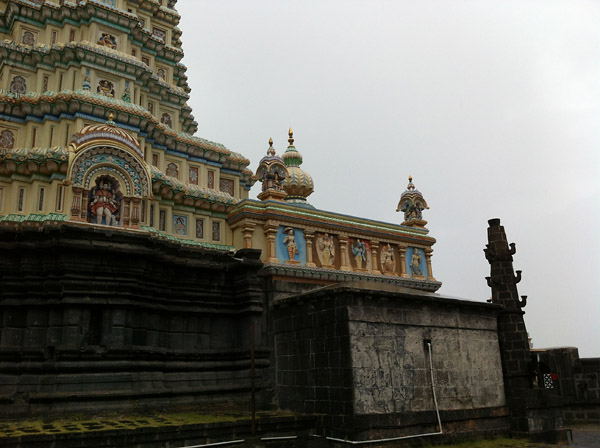 idols of many deities and hindu gods are carved in the temple structure.

the temple complex with light house. 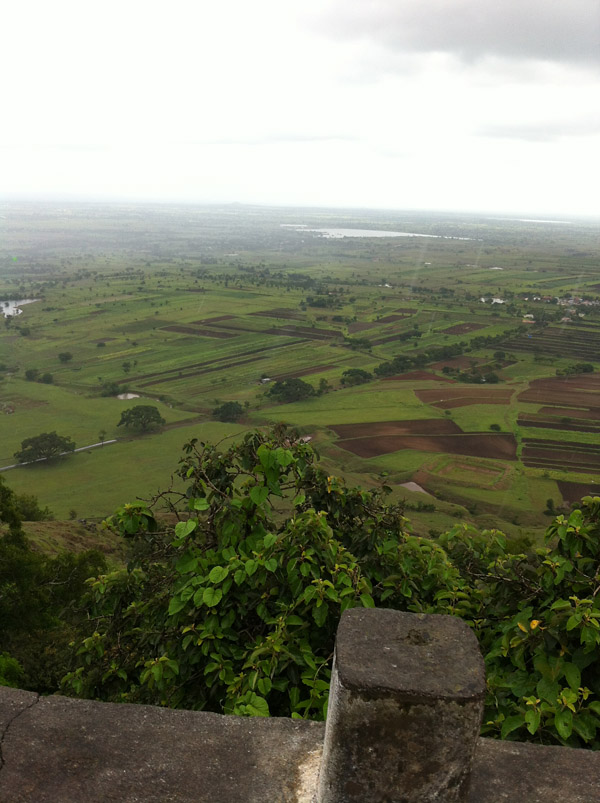 since the temple is on a hill, you will have a good view of the town. the view was fantastic. i visited the temple in monsoon, it was full of greenery and air was crystal clear. 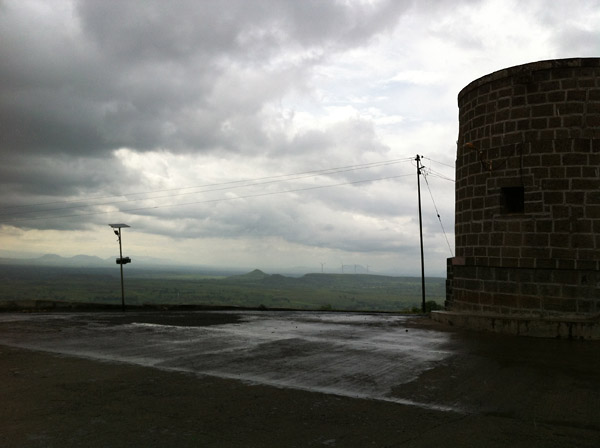 rain god descending to the mountain. view of sky from left side of temple.