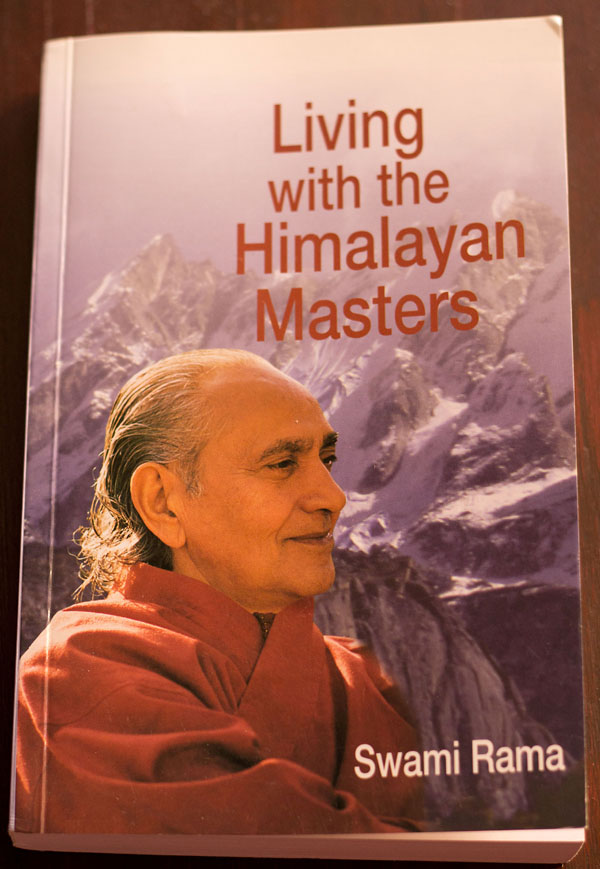 living with the himalayan masters by swami rama is one of my favorite spiritual book. i recommend this book to all my friends. when i gave this book to my elder brother to read, then after 2 days he thanked me and said reading this book has revived his trust in sages and sanatan dharma.

my experience with book – living with himalayan masters:

i came across this book very early in life. around the age of 21, i was doing a course to learn a famous healing technique. one of the teacher whose wife was clairvoyant, said that “i usually don’t recommend books but i am so much impressed by this book that i recommend it to everybody”. thats how i came to know about this book.

after completing the healing course in delhi, i had to catch the train next night for my engg college in punjab. so i bought this book around 9 pm from footpath of connaught place, in delhi. you know as a student you don’t have much money and in footpath you get best sellers books at a cheap price. so in my college days, i used to often buy books from footpath. now i don’t buy books from footpath as i feel most of the time they are selling pirated books and the author does not get royalty.

so around 10 pm, i was in the train and i opened the book. in the whole night journey, i was hooked to the book and i read it till 6-7 in the morning with all sort of people sitting around me in general class of train. but the book was so interesting and fascinating for me that i was totally engrossed in the book and oblivious to the condition of general compartment of indian train (which usually is not so good).

the book is about swami rama experiences with his enlightened guru known as bengali baba and his experiences with different sages of india like ramana maharshi, devraha baba, neem karoli baba, tat wala baba, sri swami brahmananda saraswati and many more spiritual personalities like sri aurobindu, mahatma gandhi, ravinder nath tagore, professor ranade and so on. his guru asked him to visit different sages of india and learn from them.

so you will come across incidents where he has met many sages, their teachings and what he learnt from them. this is a no-nosense book and indicate that there are many path to realize god. one should follow the spiritual path which suits you and at the same time be respectable to the path followed by others.

all religions, sects or paths are respected in the book. swami rama shares his experiences with people who are into tantra, mantra, aghora…. as well as into devotional or meditation path or into other spiritual paths.

the best part of the book is that swami rama does not expect you to blindly trust everything he is writing in his book. he is very scientific in his approach and give reasons for some of the miracles which happen around sages.

his guru also didn’t imposed anything on him and instead wanted to him to become mature and thus make decision for himself. so he was never expected by his guru to renounce the world and become a swami.

some of the miracles which are discussed in the book are:

1. how his grand guru (guru’s guru) in tibet, materialized his body and become invisible and then reappear again.
2. how an aghori made gulab jamuns from the dead body.
3. how his master left his body (die) and born as a shrub. but when they are unable to carry his body for cremation then what his guru did to help them?
4. how one of himalayan sage discarded his old body which was unfit for doing spiritual practice and took a fresh body (a young person had died and his body was suitable for him) to continue his sadhana.
5. story of 108 old ma who never sleeps.
6. a full chapter on the power of the mind.
7. a chapter on healing powers
8. a chapter on grace of master

basically, for us this book is full of miracles and every page something to learn. it is a must read book for anybody who is interested little bit in spirituality.

you can preview the book in google-books.

1. the art of joyful living
2. science of breath: a practical guide
3. meditation and its practice
4. fearless living: yoga and faith
5. happiness is your creation
6. freedom from the bondage of karma
7. choosing a path