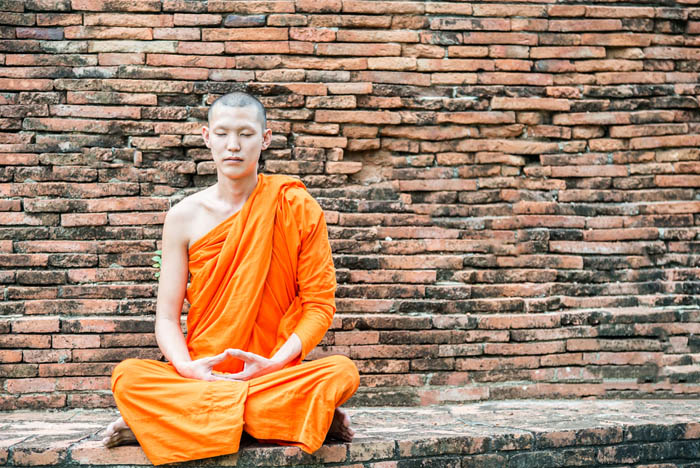 to slow down your mind you need to do absolutely ‘nothing‘. if you try to do something to slow down the mind then it will become more active. on the contrary if you just watch your mind passively without trying to stop it, then it will slow down on its own.

mind needs your cooperation and involvement to keep moving. if you stop feeding it with your energy and participation, then over a period of time mind will slow down on its own.

there is a very beautiful story related to this. once gautam buddha and his chief disciple ananda were travelling on foot. on the way they crossed a small water stream. after some time of travelling, buddha sat down under a tree. he asked ananda to go back and fetch drinking water from the water stream.

ananda said that just now one bullock cart had crossed the water stream. so the stream has become dirty and is not fit for drinking water. buddha said “i still want you to go and fetch water from the stream as i am feeling thirsty”

ananda went back to the water stream and saw that it is dirty. so he came back and told buddha that water is not fit for drinking. the next village is close by. so its better to start the journey again and drink water from the next village.

but buddha insisted and asked ananda to bring water from the stream only. this time when ananda went back then the stream was little more clearer than before. he sat sown near the stream and started watching it. he had no other choice rather than waiting because buddha was quite assertive about drinking water from stream only.

a very strong desire or passion excites the mind and makes it active. but if you don’t do anything about your desires or thoughts then they will settle down on its own and your mind will slow down after some time.

so the only thing you need to do is not to arouse your mind with passions and desires. just be a passive watcher of everything that is going on in the mind. let no thought pass without being noticed by you. just watch your thoughts from a distance and not get involved. the moment you start identifying with your thoughts and get involved in the thinking process then its like disturbing the water stream and making it muddy.

although its looks easy but not doing anything is very difficult. because we all are used to do something or other. to sit silently and watching the mind in an indifferent manner is not easy. it needs lot of patience, determination and sincerity.