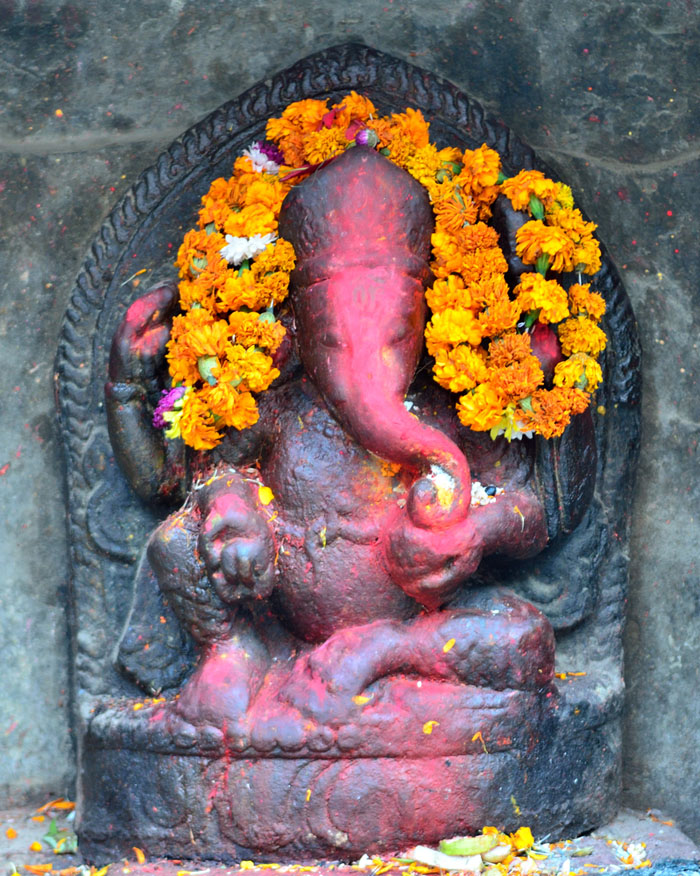 before we discuss the science behind idol worship lets clarify one important point about god.

is god everywhere?
if your answer is yes then i ask why god can not be there in stones? hindus believe that god is every where. god is residing in every living and non-living thing.

nothing is separate from god and nothing is hidden from god. so hindus says when ever you are doing any bad karma (act) then remember that god is watching you.

so can we worship god in the form of stones?
the answer is yes and no….

yes because if you are a real devotee then you can make any stone alive with the power of your devotion and love.
no because, such devotion is there in very rare people. for most of humanity we need to charge the ordinary stones in such a way that it is acts as a medium for deity and is filled with deity energy. so idol worship is worshipping god with form (and not formless god, although there are some temple which don’t have any statue and are totally empty. such temples are ideal for meditators)

how idol worship is scientific:

1. place of building temple: god is everywhere but his presence is more marked in holy places because some historical religious event has happened there.  so traditionally the places where religious events have happened as mentioned in puranas are chosen for making temples. although you can make temple any where. but the temple made in historic religious places will be more charged.

it is also seen that most of these spots where hindus have build temples are those location where earth magnetic lines are criss-crossing each other and thus magnetically charged.

so accordingly the idol design is chosen. the deity could be sitting, standing or lying down. the hand mudras are also given due importance.

basically the temples are made using certain scientific principles so that they become conducive for doing particular sadhana or worship.

e.g. in hindus temples, marble is used extensively because marble has a unique property that it absorbs the vibrations for thousands of years. so it becomes very charged with spiritual energy and helps all the sadhaks.
the inner grabha is the powerhouse of the energy. so the size, location and height of grabha graha is mathematically calculated.

3. pran pratishtha – it is the process of infusing life to the statue. the statue is washed, purified and dressed according to the nature of deity. astrologically decided day and time is decided for doing consecration pooja. proper mantra chanting and religious process is followed. only after doing pran pratishtha the idol could be worshipped. after pran pratishtha the stone is filled with the energy of deity. i must mention here that for a real devotee pran pratishtha may not be essential. as the real devotion can make any idol alive. the most important thing in these matters is true devotion.

as long as real devotee is present in the temple or proper pooja is done, the temple is alive.

4. temple rituals – daily worship of the idol is done so as to maintain the purity and the connection with the deity. many other rituals are also followed which looks superstitious but has hidden purpose.
e.g. males are expected to be bare chested in certain temples. it is done so that body without any clothes can absorb more spiritual energy.

the ringing of copper bells not only kill bacteria in the air but it also produces a state of no-mind in you for a split second. suddenly you are disconnected from your worldly thoughts. it creates a gap or a vaccum. so ideally while ringing the bell you should remember the deity strongly. so that the vaccum created by bell is filled with the thoughts of the deity.

the burning of camphor, dhoop, agarbati, all this creates a spiritual environment and also cleans your aura. ideally one should take bath and wear fresh clothes before entering the temple. this is so that you can absorb more spiritual energy and are more satvic in nature.

why hindus build temple every where – while traveling in india you must have seen temples in every nook and corner of streets. in many of these temples no body is doing daily worship. sometimes just a stone and people are offering money. this is encouraged because they act as a symbol of the divine. they remind you and connect you with your deity. hindus don’t see them as stone but as the living deity.

the difference is in the eyes of the looker. to a mother his child is the most beautiful kid in the world.
similarly for a person who does not believe in idol worship, its just a stone but for a hindu devotee the stone represents the living god. its all a matter of faith and trust.

moreover, when you see idol in a roadside temple then what you remember – god. so whats the purpose of these small road side temples. they give you a opportunity to take your mind towards god.

a real heart oriented devotee who can connect to god via a stone will never be able to harm any living being. forget about humans, he will be careful not to harm any insect, animal, bird or plants. for a devotee, god is every where. in every living and non-living being. thats why in india we worship ganges as mother, ocean as devata (god). hindus even worship plants like peppel, banyan, mango, bel leaves, tulsi and so on. they even worship birds and animals like cow. why hindus worship them requires another post. but respect for plants, animals or water bodies is respecting life. because without clean water, clean air life can not survive on earth.