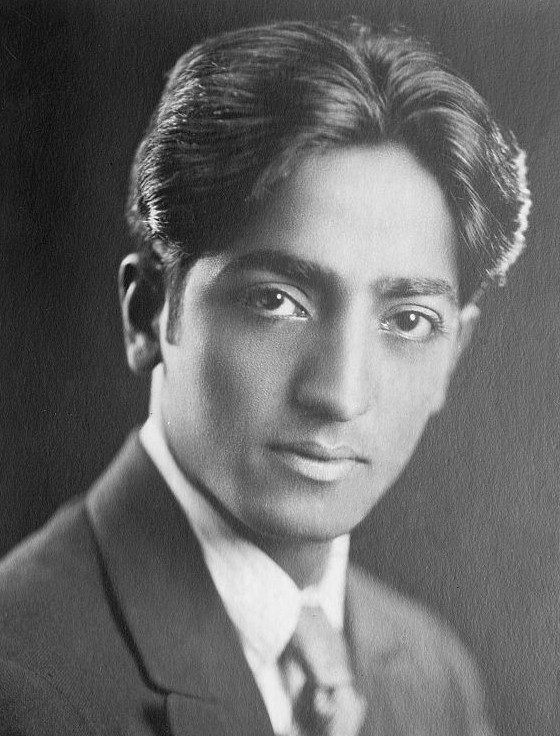 so from an early age, j krishnamurti was prepared for the grand event when gautam buddha soul will take possession of j krishnamurti. but at the last moment, krishnamurti backed out and refused to be a vehicle for buddha consciousness. according to j krishnamurti “truth is a pathless path” and everyone has to create his own path. no spiritual teacher or guru can give you truth in a platter. in j krishnamurti words “i maintain that truth is a pathless land, and you cannot approach it by any path whatsoever, by any religion, by any sect. that is my point of view, and i adhere to that absolutely and unconditionally.”

jiddu krishnamurti main emphasis was on meditation or choiceless awareness. he spoke against superstitions, rituals, organised religion, fake gurus or gurudom. he was all for freedom, taking responsibility of one’s action and living a meditative life. according to him, your whole life should become meditative instead of doing one hour meditation in a day.

he spoke extensively on various topic concerning modern men. his talks are recorded in more than 80 books. you can know more about j krishnamurti teachings in his official website http://www.jkrishnamurti.org/

1. if there is an awareness of the beginning of thought, then there is no contradiction in thought.

2. you have an image of yourself and if you don’t live according to that image you are frightened. that is one of the fears, isn’t it?

3. you cannot find truth through anybody else.

4. to change the world i have to change myself, break away from my conditioning.

5. to understand something totally you must give your complete attention to it.

6. meditation must enter into every corner of our life, otherwise don’t meditate, it has no meaning.

7. one has to be choicelessly attentive, fully aware; and this state of choiceless attention is meditation.

9. love has no sorrow; sorrow and love cannot go together

10. a mind that is habitual is insensitive, a mind that is functioning within the groove of a particular action is dull, unpliable, whereas awareness demands constant pliability, alertness.

10. if one does completely put aside every form of belief, then there is no fear whatsoever.

13. love is not possible so long as there is the thinker, the centre of the ‘me’.

14. as long as you remain within that field of the culture, of society, of greed, of envy, of achievement, you are not a free human being. you may think you have free will, but you are just part of this monstrous society, a conditioned human being.

16. a mind that is ambitious can never know what it is to sympathize, to have pity, to love. an ambitious mind is a cruel mind—whether spiritually or outwardly or inwardly.

17. to observe means to be critical – not using criticism based on evaluation, on opinions, but to be critically watchful. but if that criticism is personal, hedged by fear or any form of prejudice, it ceases to be truly critical, it becomes merely fragmentary.

19. a mind that is always comparing, always measuring, will always engender illusion. if i am measuring myself against you, who are clever, more intelligent, i am struggling to be like you and i am denying myself as i am, and i am creating an illusion.

20. to listen to something demands that your mind be quiet—not a mystical quietness, but just quietness. i am telling you something, and to listen to me you have to be quiet, not have all kinds of ideas buzzing in your mind. when you look at a flower, you look at it, not naming it, not classifying it, not saying that it belongs to a certain species—when you do these, you cease to look at it.

21. the beginning of meditation is self-knowledge, which means being aware of every movement of thought and feeling, knowing all the layers of my consciousness, not only the superficial layers but the hidden, the deeply concealed activities.

22. the mind that is seeking pleasure in any form is inviting sorrow.

23. should not education help the students to be free from fear of every kind – which means, from now on to understand all the problems of life, problems of sex, problems of death, of public opinion, of authority?

24. we cling to persons, pursue teachers, join groups, read books, take up one philosophy after another, but the central desire is always the same: to be satisfied, to be secure, to become somebody, to achieve a result, to gain an end. is not that whole process one of the primary causes of the mind’s superficiality?

25. we want to run away from our loneliness, with its panicky fears, so we depend on another, we enrich ourselves with companionship, and so on.

26. awareness is to understand the activities of the self, the ‘i’, in its relationship with people, with ideas and with things. that awareness is from moment to moment.

27. awareness is observation without choice, condemnation, or justification. awareness is silent observation from which there arises understanding without the experiencer and the experienced. in this awareness, which is passive, the problem or the cause is given an opportunity to unfold itself and so give its full significance. in awareness there is no end in view to be gained, and there is no becoming, the ‘me’ and the ‘mine’ not being given the continuity.

28. a mind that is occupied with the past – the past is the whole consciousness that says, `this is good; `that is right; `this is bad; `this is mine; `this is not mine’ – can never know the real. but the mind unoccupied can receive that which is not known, which is the unknown. this is not an extraordinary state of some yogi, some saint. just observe your own mind; how direct and simple it is. see how your mind is occupied. and the answer, with what the mind is occupied, will give you the understanding of the past, and therefore the freedom from the past. you cannot brush the past aside. it is there.

29. it is only the dull, sleepy mind that creates and clings to habit. a mind that is attentive from moment to moment—attentive to what it is saying, attentive to the movement of its hands, of its thoughts, of its feelings—will discover that the formation of further habits has come to an end. this is very important to understand, because as long as the mind is breaking down one habit, and in that very process creating another, it can obviously never be free; and it is only the free mind that can perceive something beyond itself.

30. love alone can transform insanity, confusion, and strife. no system, no theory of the left or of the right can bring peace and happiness to man. where there is love, there is no possessiveness, no envy; there is mercy and compassion, not in theory, but actually to your wife and to your children, to your neighbor and to your servant. when you are respectful to your servant as well as to your guru, then you will know love. love alone can transform the world. love alone can bring about mercy and beauty, order and peace. there is love with its blessing when ‘you’ cease to be.

31. surely truth, or that godhead of understanding, is not to be found by clinging either to family or tradition or habit. it is to be found only when you are completely naked, stripped of your longings, hopes, securities; and in that direct simplicity there is the richness of life.