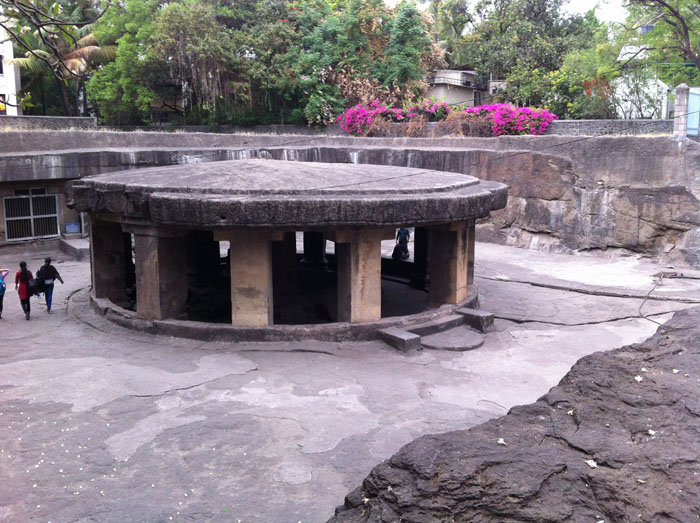 one year back i came to know about pataleshwar caves shiva temple while searching for temples in and around pune city in google. somehow i could not got the chance to visit the cave temple as i should get a call from lord shiva to visit his place.

finally this month i visited this 7th century rock cut temple. these cave temples are right in middle of pune and you can easily miss it because the place is not very known to people. 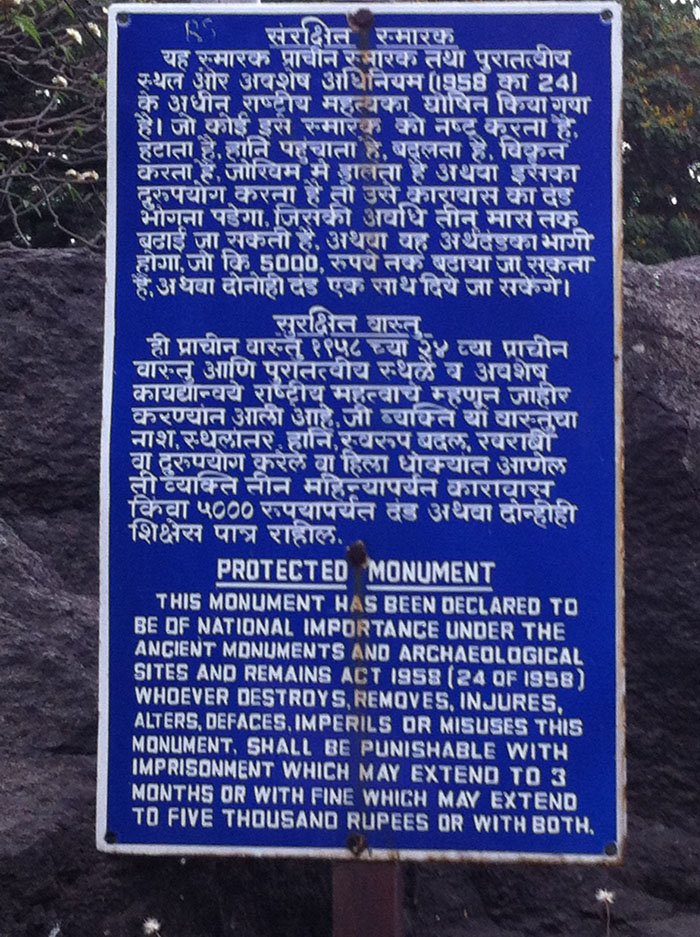 the cave temple was build around 7th or 8th century in the rashtrakuta period. the temple is protected by archaeological survey of india.

pataleshwar – patal means ‘underground world’ and eshwar means ‘god‘. so the the word pataleshwar means lord of world below earth (hell), that is ‘lord shiva’. the temple is devoted mainly to lord shiva. but one cell inside the cave is devoted to goddess also. there are statues of lord rama, laxmana and ma sita also.

its a small temple area which can be easily visited in 5-10 minutes. good spiritual site to visit when you want to go away from the noise of city life. its a little different temple. either you will not find anything special in this temple or you will be enchanted by the silence and peace pervading in the temple. 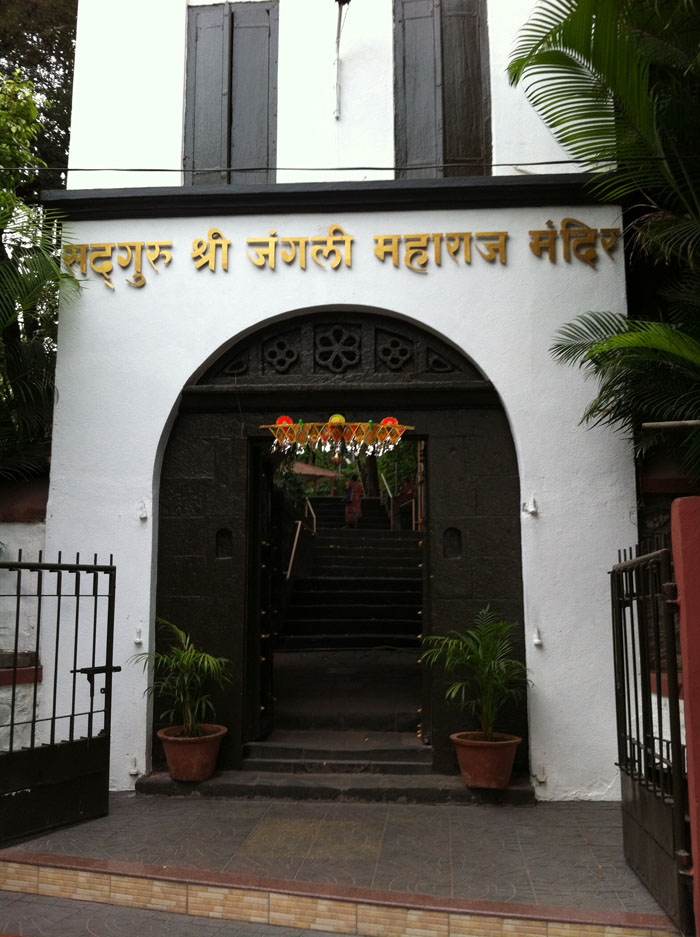 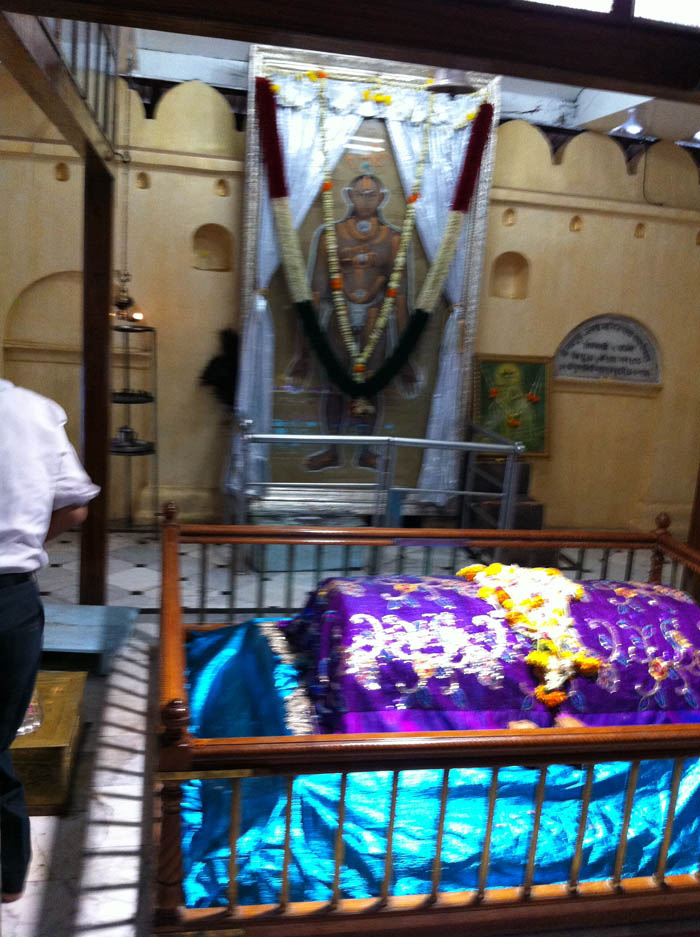 the above photo is of jangli maharaj and his samadhi temple. the temple is kept very neat and clean and is very peaceful. many devotees visit this temple and then move on adjoining pataleshwar cave shiva temple. i did the same. 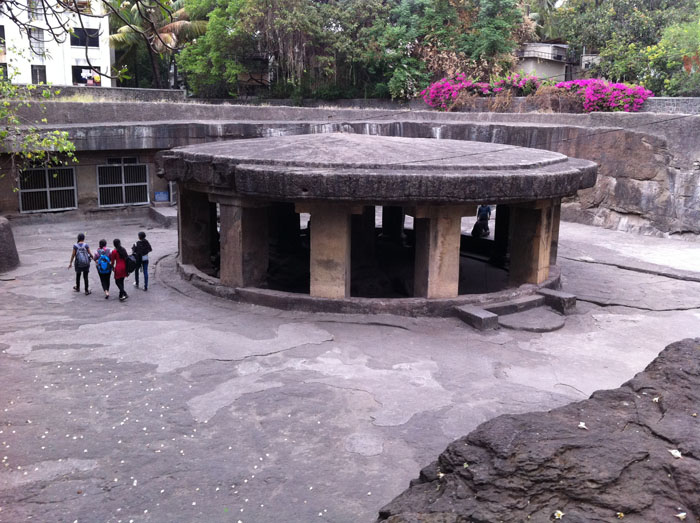 this is the pataleshwar cave shiva temple. nandi idol is installed in the small open air structure. the nandi is facing the shivalinga as always. the whole temple is rock cut and will take you to another world or era. 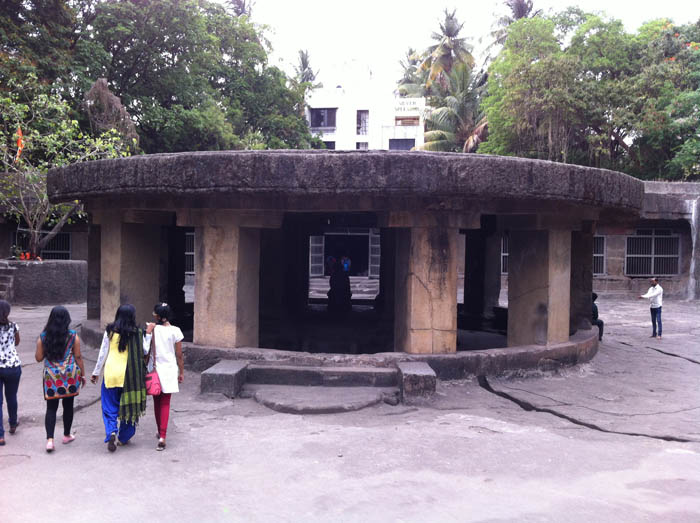 back view of the circular nandi mandapa. the statue in middle is of nandi facing the shiva temple. 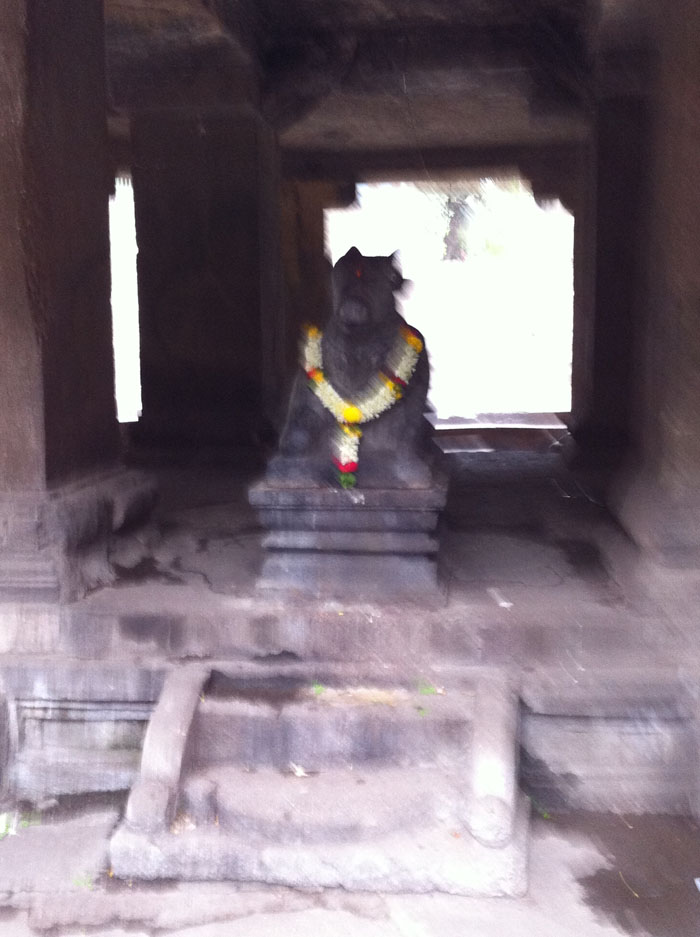 nandi statue. the nandi idol looks much better than the above pic. too much light in the above photo. 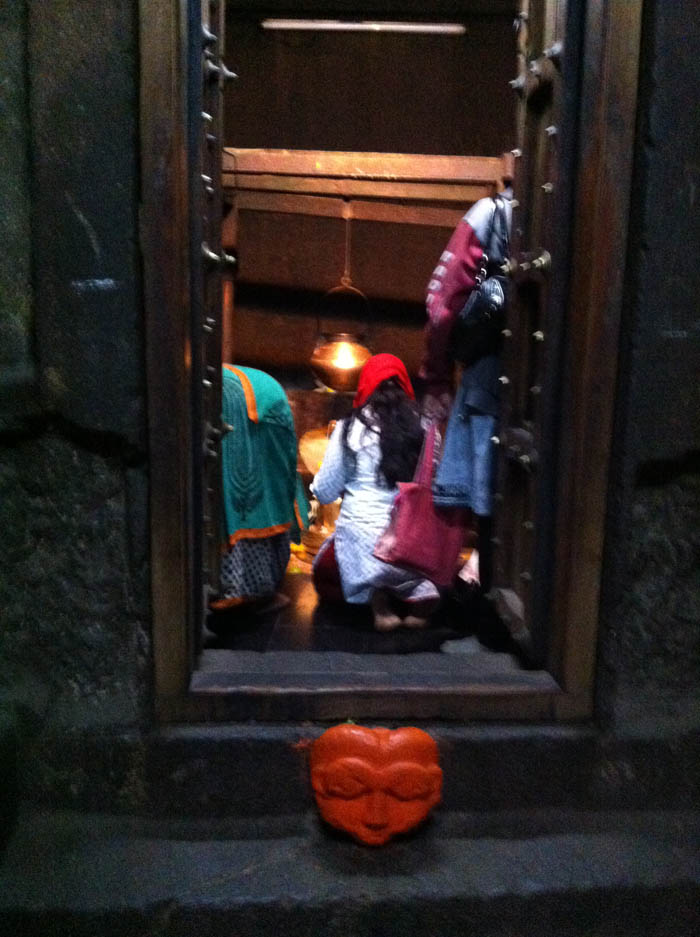 although the pataleshwar cave temple was left incomplete because of some reason. but the worship of lord shiva happens daily. usually the shivalinga is offered ghee and curd. in above photo, devotees are praying to lord shiva. 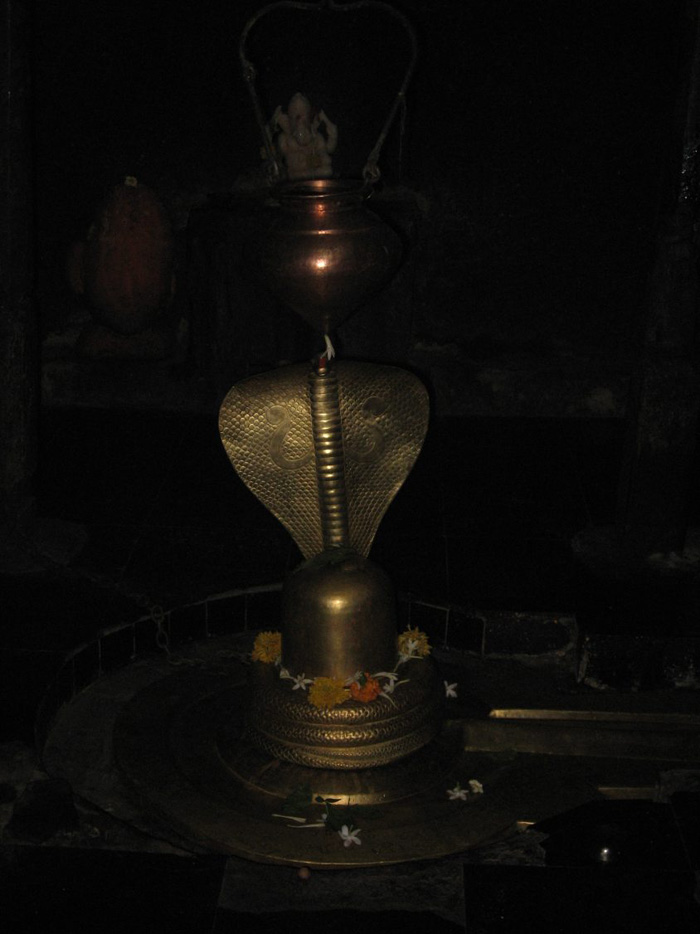 shivalinga in the temple. 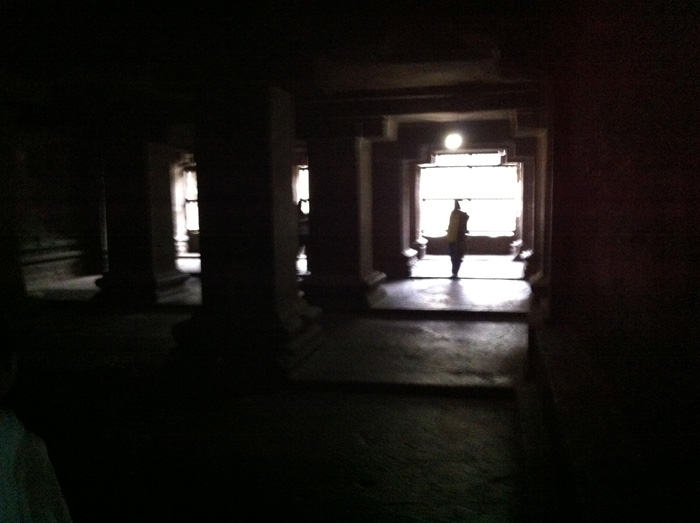 it seems the cave temple was meant for meditators. because i could sense lot of meditative energy inside the caves. the above photo shows pillars made inside the temple. 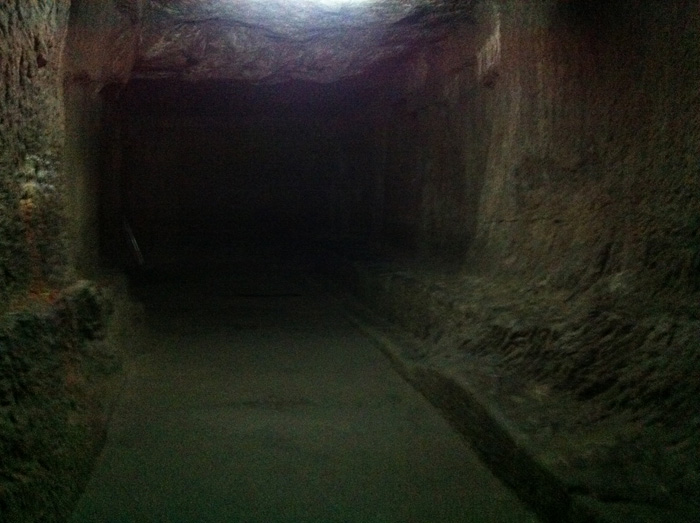 this is the back side of shiva temple as you do parikarma. it was not completely dark as they have put tube lights inside. better to visit the temple in day time. 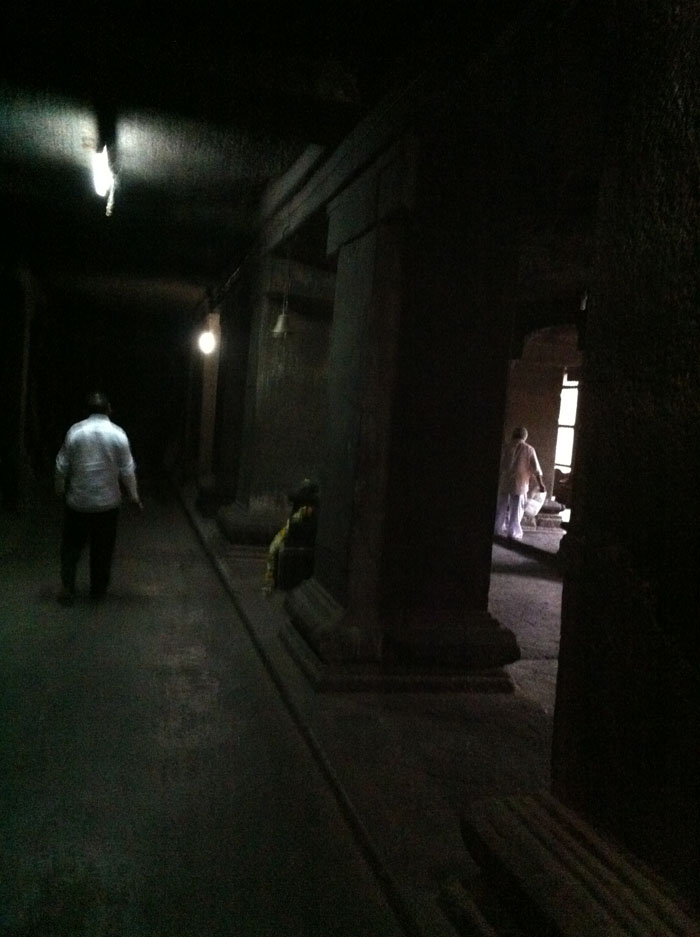 for meditators this is a good temple. as you sit next to any stone pillar and meditate or pray to lord shiva. the energy is totally different inside the temple. when i came outside from the shiva temple then i felt i came out from an another world. 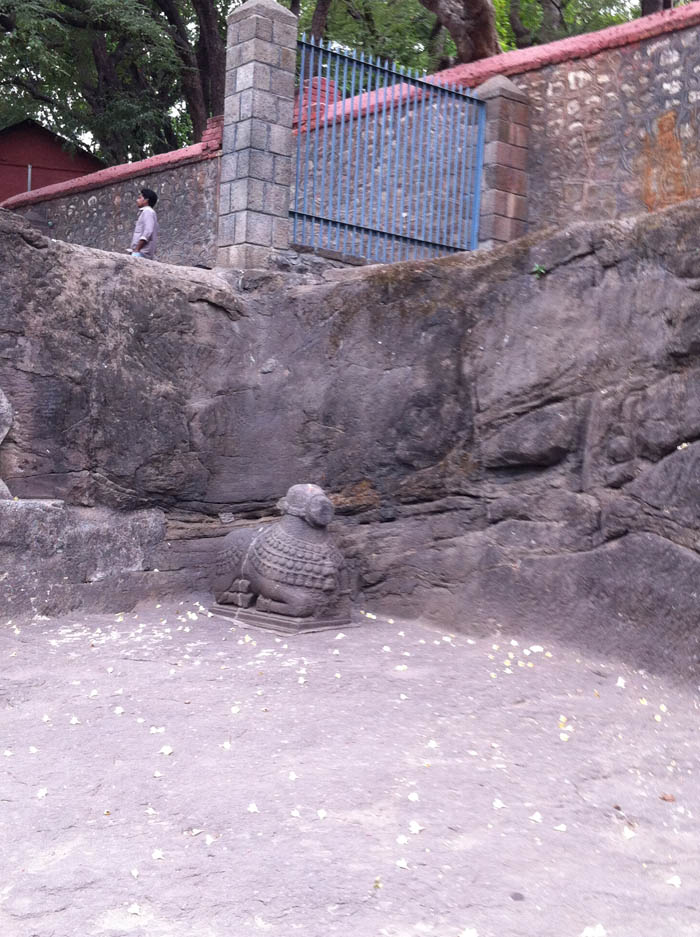 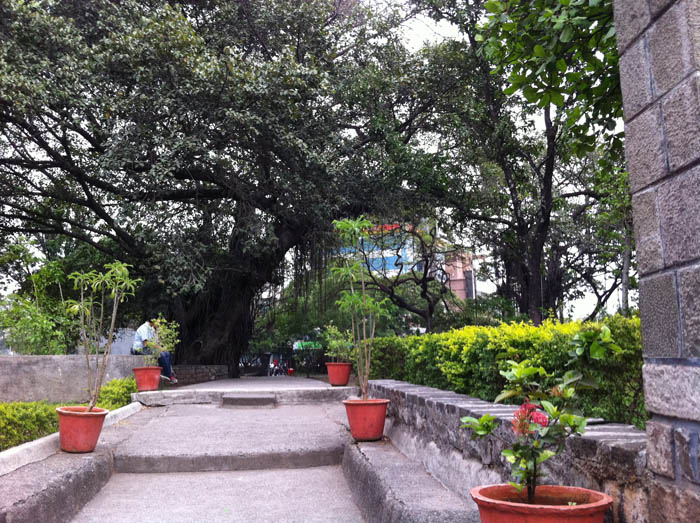 you can come out from the temple via this well maintained garden. there is enough place in the temple or in the garden to sit and meditate. the temple is not crowded as not many people are aware about it.

if you want to hire an auto rikshaw then tell him that you want to go jangli maharaj mandir in jangli maharaj road as he might not have heard about pataleshwar cave temple. the place is around 1-2 km from shivaji nagar. after visiting this temple i also omkareshwar shiva temple which is another beautiful and serene shiva temple of 17th century in pune.