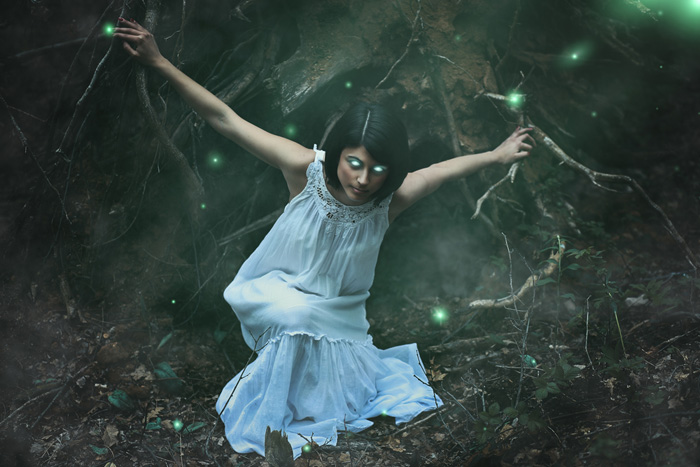 ghosts exists but not in human dimension. normally its difficult to have an encounter with them. because we are living in different dimesions. so its not easy to see them unless some rule of nature is broken. if you have an encounter with ghost then it could be an accident. otherwise most of the time it is karmic. if you have some karma with a ghost then only you will face them. most of the time you won’t come to know about their presence. because in same place there are many dimensions. if some departed soul from your family wants to convey something to you then they will have to try their best to convey something to you. its not that easy to have communication with them. even after their best efforts you may not come to know anything. because most of the time we are so much engrossed in our mundane life that we can not catch the subtle signals from the other world.

interaction with body-less souls (spirits) is not always bad. sometimes they can be helpful also. at times they might be asking help from you. as they need deliverance from their earthy existence. because somehow they are trapped between the two worlds. if everything was right with their death, then they should have moved to another world after the death. but due to some reason they got trapped and will not be reborn unless their earthy connection is broken and they continue their journey in the other world.

this earthy connection which is not allowing them to move on in ‘other world’ could be because of many reasons like sudden death in an accident or because rituals are not performed correctly for their after life or it could be because of strong unfulfilled desires or they have a strong motive to stay back like revenge or protecting their loved ones.

talking about protection from spirit world – one of the best way to protect yourself from ghosts in hinduism is to recite hanuman chalisa or chant mahamritunjaya mantra of lord shiva. every religion has some devices or talismen to protect from ghosts. e.g. smudging with sage also helps. there are many places in india where people get healed from spirit possession like balaji temple in rajasthan.

also remember that do not get scared. because when you get scared then your aura shrinks which is not good. try to stay calm and relax. be centered and still from within. remember your deity or chant your mantra. remember you also have a spirit and you are not just the body. if you think you are strong then you are strong, if you think you are weak then you become weak. so trust yourself and have faith in your deity or mantra. but always try to avoid intruding in their space. let them stay in peace.

i must also mention that every bodyless soul is not going to harm you. unless you have some karmic connection with them or you irritate them by intruding in their space. most spirit possession happens when you urinate under a tree in an isolated/deserted place or you visit dark haunted places. avoid such things. just as human love their home and are protective about their space. so is the case with bodyless souls (spirits). respect their space. best practice is to listen to your intuition or gut feeling when in an isolated or deserted place.