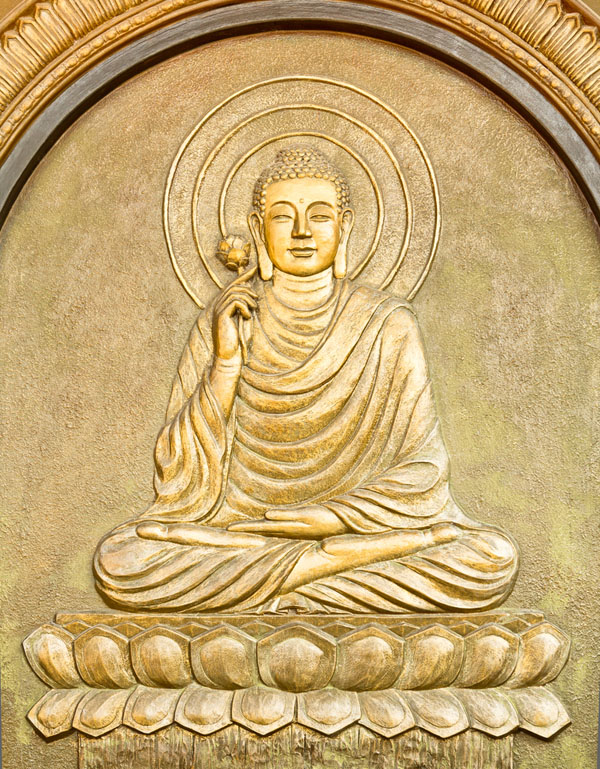 gautam buddha is one of the most loved enlightened master. buddha left his home at a young age for searching truth. as a seeker of truth, he spend time with many spiritual teachers of that time. after trying a lot and possibly all the techniques of that time, he finally got enlightened at the age of 35. after realizing the buddhahood, he continuously traveled and spread the message of dharma. he left his body at the age of 80.

1. initially buddha didn’t initiate women into the sannyas. but when his maternal aunt who had brought him up with lot of love approached him for sannyas. buddha could not refused her. so he started initiating women into sannyas.

2. buddha said that my religion would have lasted 2500 years but now it will last only 500 years as i am initiating women into sannyas.

3. buddha and mahavira (last tirthankara of jains) both have approximately 40,000 sannyasins. in which women sannyasin out numbered the male sannyasin by the ratio of 3:1.

4. when buddha was born then most astrologers have told his father that either your son will become a famous king or a world renowned sadhu. however only one young astrologer said that he will become a great sadhu. the father avoided the young astrologer advise and asked other older astrologers on how to save his son from taking sannyas in future. they said that keep him away from any occurrence or sight of death. thats why all precautions were taken that buddha didn’t see anybody getting sick or dying. even dead leaves in the garden were used to be removed.

6. buddha is the generic word used for all enlightened souls. the inner journey is from a buddhu (fool) to a buddha (wise person). everyone has to start at some point of time and we all have the potential to reach. the last message of buddha was “be a light unto yourself”. which means be more conscious, bring more light inside you to remove the darkness which has engulfed you for many life times.

7. the timing of buddha leaving his home for inner search was quite strange and unexpected for his family. because his wife had just delivered a son (named rahul). but he had realized the futility of the cycle of life and death. he wanted to find a solution to sorrow, pain, misery and death. so he left home without informing his family members and not even his wife.

8. his place of enlightenment is still preserved in bodhgaya (bihar, india). however the original bodhi tree under which he got enlightened had died. but fortunately king ashoka had send one branch of bodhi tree to sri lanka to spread the message of buddha there. now the current bodhi tree in bodhgaya is taken from the tree which was planted in sri lanka.

9. buddha didn’t believed in the existence of god.

10. buddha physical body died because he was served poisonous variety of mushrooms by mistake.

11. buddha was one of the most successful master. because many of this disciples had realized the buddhahood in his life time. it is said that many of the disciples also got enlightened when he left the body. this is because when a buddha leaves the body then it raises the consciousness of people all around him. many of them also got enlightened beacuse they had become identified with his body. many got enlightened because of the chain reaction which was triggered by the first person getting enlightened (study quantum physics to explore more).

12. it is expected by large number of people that buddha will be back in the form of maitreya (the friend). in fact enlightened mystic jiddu krishanmurti was prepared for this. he was supposed to be the vehicle for gautam buddha soul. but in the end moment, j krishnamurti refused and said that ‘truth is a pathless path and no one can give it to you’. with krishnamurti leaving the movement, the whole theosophical society got a big hit. theosophical society had worked hard to bring buddha soul down to earthy dimension.