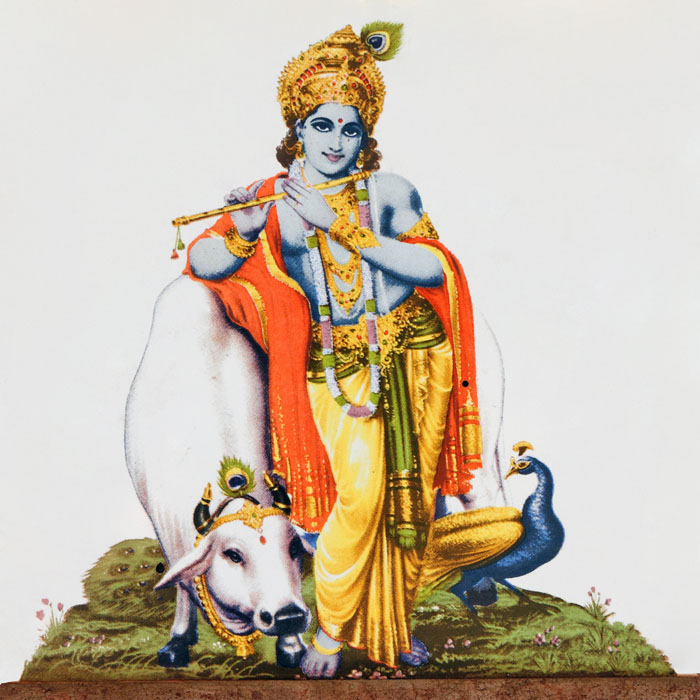 this is an ancient story of king kayamal who was a great devotee of lord krishna. the story is mentioned in the “bhaktamala” book of vaishnava sect.

king jayamal used to worship lord krishna with total devotion and surrender. krishna and rama are two deities who are worshipped with different names and forms. both are reincarnation of lord vishnu. jayamal used to worship krishna with the name ‘syamalasundra’ (syamala means dark and sundra means beautiful). he never felt the need to worship any other deity. his devotion and surrender to syamalasundra was total. there was no doubt in his mind that his deity does not exist.

he used to worship his deity till mid-day and after that he used to take care of the kingdom affairs. so the first half was totally devoted to the worship of god and second half of day was to rule the kingdom in the name of god.

when king jayamal used to sit for krishna worship then he was a pure devotee and not a king. he would never leave the worship no matter how great is the emergency. there was strict instruction that don’t bother the king when he is in prayer room. when a devotee is totally absorbed in the worship of deity then the bliss experienced during that time is indescribable and is greater than any kingdom.

but the neighboring king had an eye on jayamal kingdom. one day he came to know about this secret and decided to attack the jayamal kingdom in the morning when the king will be busy in worship.

jayamal ministers approached him for guidance. but the king refused to take charge of the situation and left everything on god. he said “this kingdom was given to me by my lord krishna and if he has decided to take it away then what can I do. on the other hand if his blessings are on me then no body will be able to harm me”. so jayamal kept on praying to his lord. ministers also decided to wait till midday when the king takes charge of kingdom affairs.

when a real devotee becomes a child and leaves everything on god. then god has to take charge of devotee life and well being. he does everything that is best for the devotee. in this case, syamalasundra, the deity himself, had taken the king’s horse and went to the battle field. syamalasundra killed the entire army of enemy king.

after the worship was over, king jayamal came out of the prayer room and went to the battle field. he saw his horse panting and covered with sweat. he saw that the whole army of enemy king is destroyed except the king.

enemy king told jayamal about a blue warrior who destroyed his whole army but spared him to tell the story. now the enemy king was no longer interested in his wealth or in his kingdom. he only wanted to know about the blue warrior who has cast a spell on his heart and captivated his soul.

jayamal understood that it was his deity who had fought the battle on his behalf. the enemy king worshipped jayamal and through his blessings received lord krishna’s grace.

editor note: there are many such stories in indian scriptures. e.g. in the book “living with the himalayan masters” by swami rama, there is a story of a devotee who got totally absorbed in a kirtan for few hours. when he came out of kirtan, he remembered that he has missed an important assignment in the office. when he went to the office then he was shocked to hear that he himself had visited the office and completed the job. but how could this be possible as at the same he was totally lost in the kirtan.

such stories can not be understood by human mind. because mind is all doubt and logic. to trust these stories you need to feel from your heart. only a pure heart can converse with the divine and be one with it. the heart which is purified by the burning fire of separation with the lord, ultimately merges with the beloved.

when you are totally lost in the kirtan or in the worship then you are not there and only god is there. either your ego can exist or god can exist.