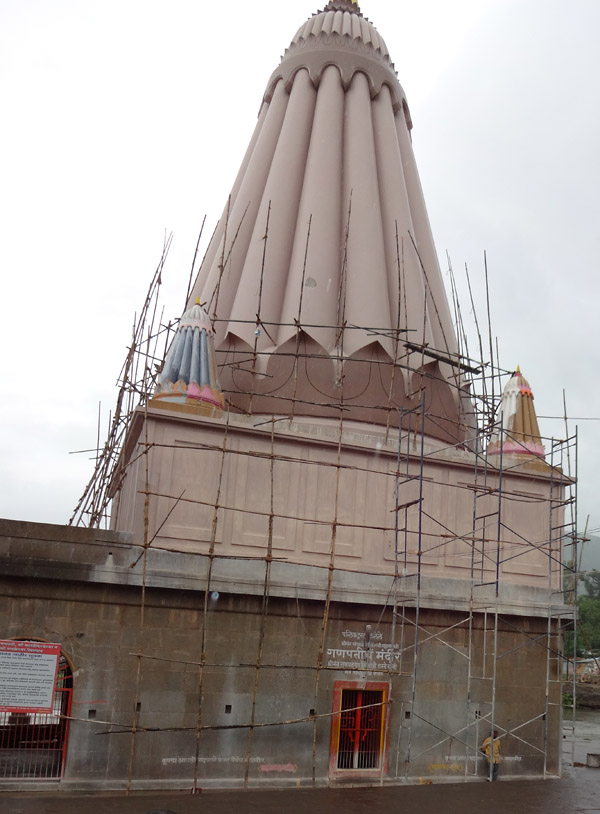 among these temples situated along krishna river, most popular temple in wai is the dholya ganapati temple. its called as ‘dholya‘ because of the big size of ganesha statue. its 10 feet tall and 8 feet wide. in marathi language ‘dholya’ means huge or fat. the ganesha statue is in sitting position and looks very happy and positive. 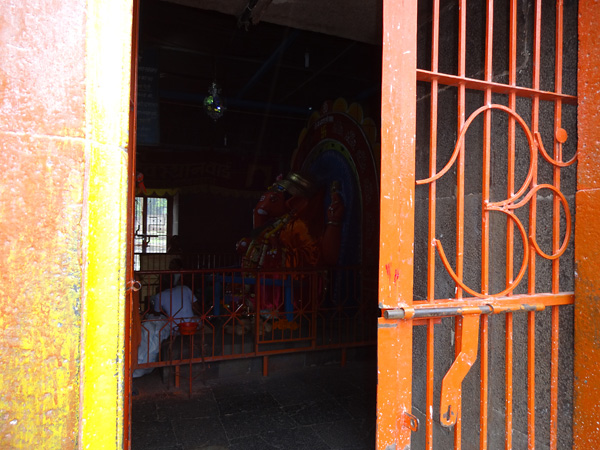 the photography is strictly banned inside the temple. it is clearly mentioned in the temple premises that your phone or camera will be taken away if you found shooting photographs. so i have to take this above photo from outside the temple.

one of the unique feature of this temple is the ‘fish shape’ given to the back of the temple. this is done to protect the temple from floods in krishna river. the fish shape of temple back, will divide the water current and will reduce the water pressure on the temple and thus protecting it from floods.

when our guide (whose name is also ganesh) introduced the temple to us. he said that “we don’t know whether the mahaganapati idol is increasing in size or decreasing in size. but it looks like it is decreasing in size”. this could be the belief of locals as this guide is from satara region only. many local people also strongly belief that whatever you desire/pray (navas in marathi) in this temple gets fulfilled.

the ganesha temple is not very large. it has one big hall and from there you enter inside the inner sanctum where the dholya ganapati statue is placed. after praying to lord ganesha, people take parikarma of the statue and exit from there. its a small temple with a very beautiful and charged ganesha idol. it needs little bit more care, cleanness and protection.

i have visited the temple few times and normally there is a not a big queue. so please do visit this temple when you go to satara or wai. 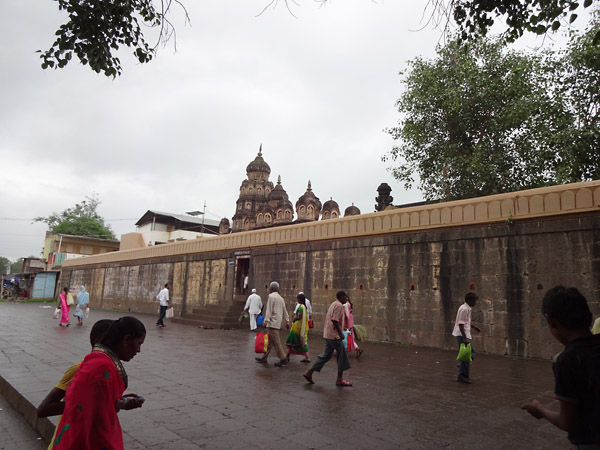 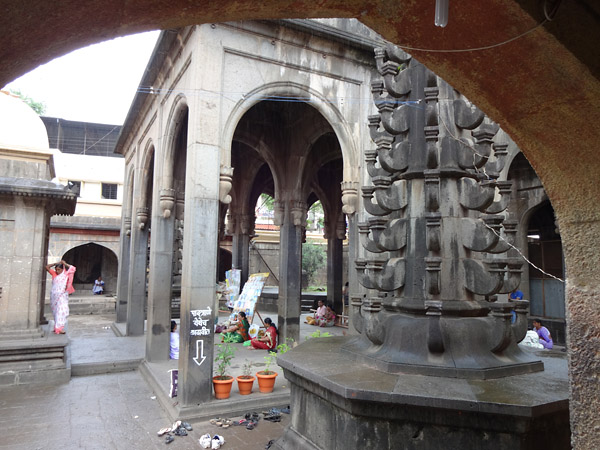 as you enter inside the kashi vishveshvar temple 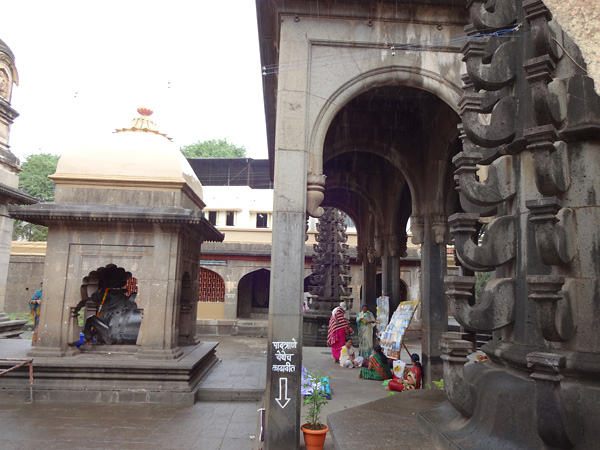 nandi statue in kashi vishveshvar temple is on left hand side of above photo. 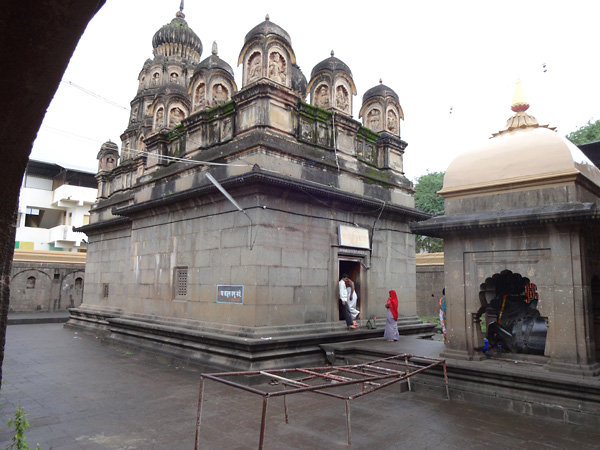 the main idol is in the temple facing nandi statue.