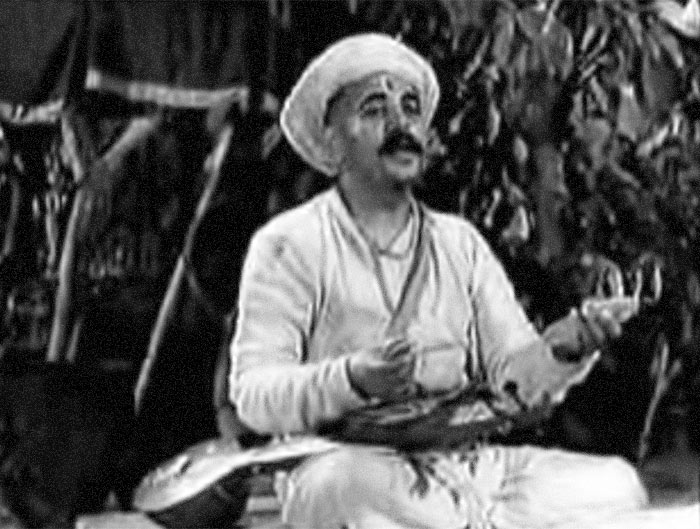 saint dhyaneshwar was not in favor of caste system. he tried to make religion and scripture study available to common people. he was the founder of bhakti movement in maharashtra and also founded the varkari sect.

sant tukaram was devotee of lord vitthal who is a mischievous form of lord krishna in child form. he wrote many abhangs (devotional songs). the abhangs became very popular among local maharashtrian people as it portrays the reality of life. the theme of these songs were love, humbleness, equality of human beings, glory of mother earth and in praise to lord vitthal.

every saint has a human past and a saintly future. sant tukaram was a grocer or trader by profession. he was good in his business dealings. doing well in life and had two wifes. everything was going well and who remembers god in good time. sant tukaram also didnt had time to remember god as he was busy in his profession. the bad time comes in every human life. a big famine which lasted for many years destroyed all happiness and prosperity in tukaram life. he lost his wife and a child during the famine.

this painful period of famine was a blessing in disguise for tukaram. this period opened the dormant divine nature of tukaram. he donated all the stocked food grains to poor villagers to help them during famine and started worshipping lord vitthal.

so saint tukaram life has two parts. the human side before the famine and the saintly life after the famine. this movie shows some of the early period of saints life and then focus majorly on his life as a devotee to lord vitthal. they have shown the miracles which happened around him, the grace of lord vitthal on him, his meeting with chhatrapati shiva ji maharaj, his household problems. how his wife used to harass him and scold him for neglecting the house hold affairs. one of the important lesson from sant tukaram life is that you don’t need to leave house (or take sannyas) to worship god.

although this movie is made in 1936. but it is not at all outdated. because it is made very well. it was the first indian film to receive international recognition. in 1937 venice film festival the film was adjudged as one of the three best films of the world.

moreover the characters of tukaram and his wife are played very authentically. the character of sant tukaram is very feminine in actions. people who have mystical experiences usually slow down in life and are very soft spoken and become more feminine in energy. he looks as if he is really lost in devotion even while doing simple duties of life like walking or talking with others.

there are many movies made on sant tukaram life. another movie which is made in 2012 focuses more on the circumstances which forces him to seek god during famine. i basically love both these movies. according to me, first you should see the movie made in 2012 and then see this movie made in 1936.