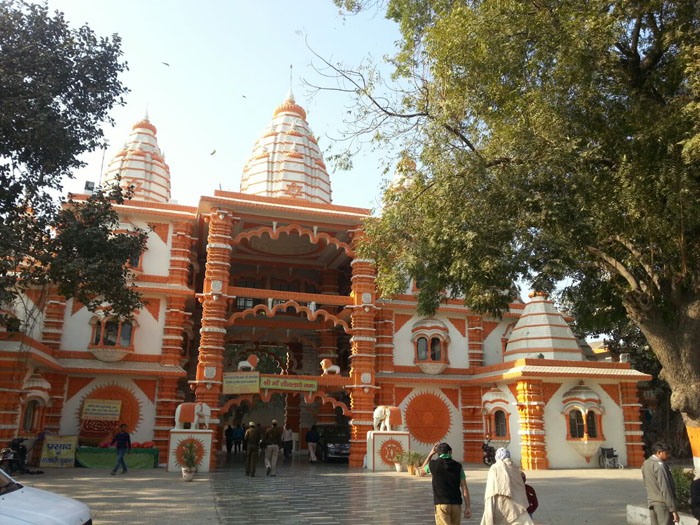 it is one of the most popular and important temple in gurgaon, haryana. although gurgaon is a very ancient place but it does not boast many popular temples. the name gurgaon means ‘guru gram/village” (village of guru/teacher). gurgaon is the place where guru dronacharya taught pandavas and kauravas. so the history of gurgaon city goes back to at least 5,000 years or more.

during navratri a big fair happens here and lakhs of devotees visit the place. usually it takes more than 3 hours to get ma darshan during navratri. many people spend the whole night there as lot of bhajan and religious singing happens at that time. langar (free community food service) is also kept during navratri and other holy days like ekadashi.

previously this temple was not very well maintained but now the temple is kept very neat and clean. the temple is very quiet, serene and peaceful. lot of big trees are planted inside the temple.

local people bring their children in this temple for the mundan ceremony (first hair cutting ceremony of child). many newly married people visit the temple for taking maa blessings for the happy married life. many people also come to get rid of black eye (najar in hindi). so this is the biggest and most popular temple in gurgaon city.

in another lane behind this temple, one more small temple is there which is called as chotti mata ka temple and is visited by many local people. 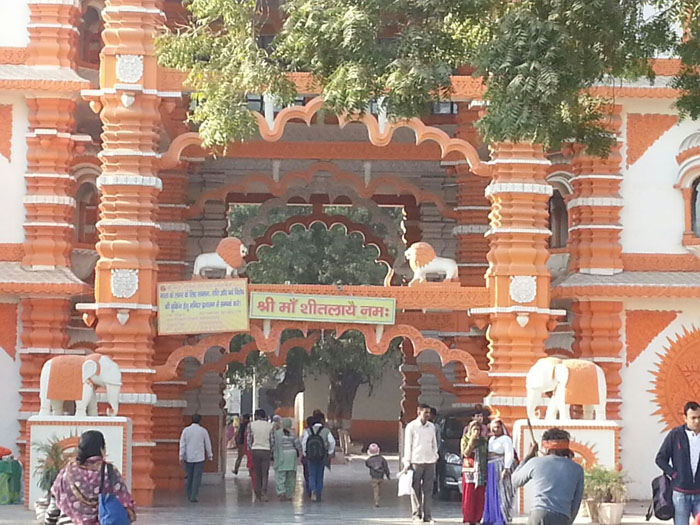 entrance to sheetla mata mandir. there are many shops next to temple selling pooja thali. 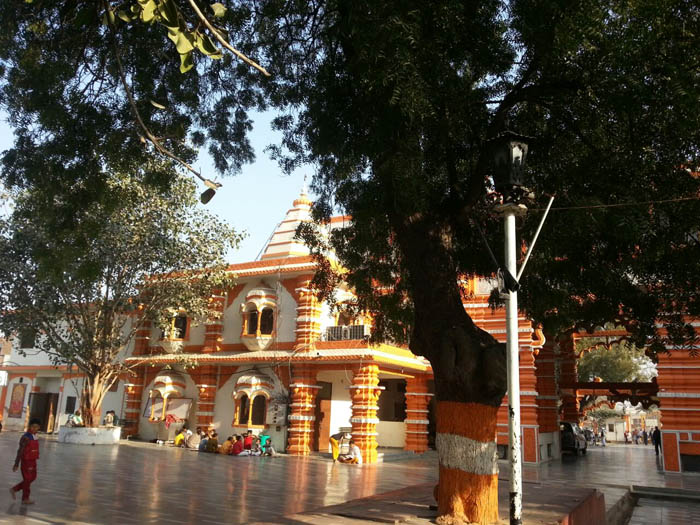 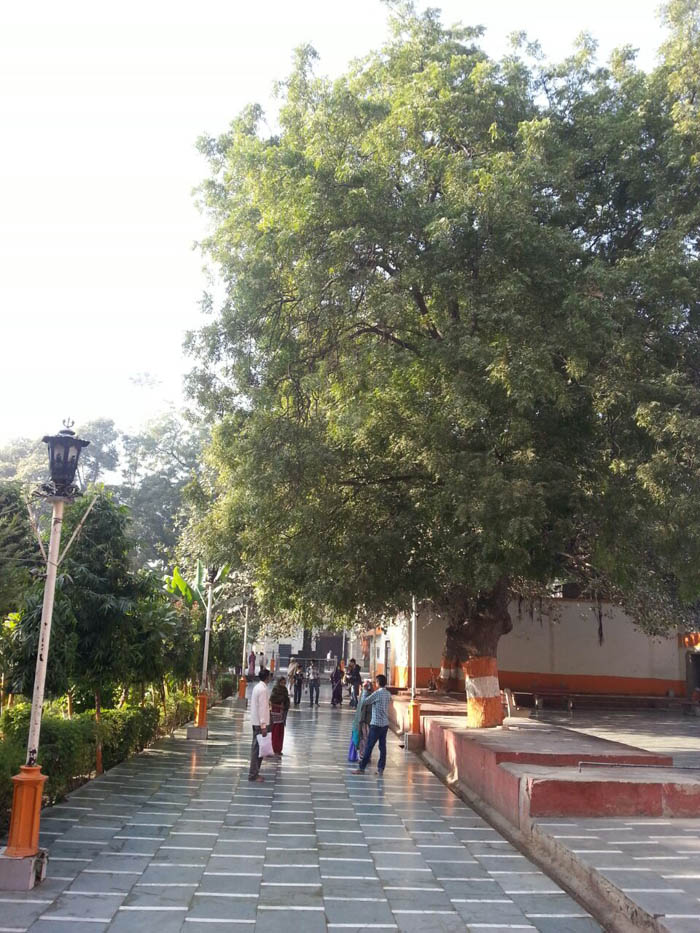 this a big temple with large temple courtyard. many big trees are there which gives a very cooling and soothing environment. 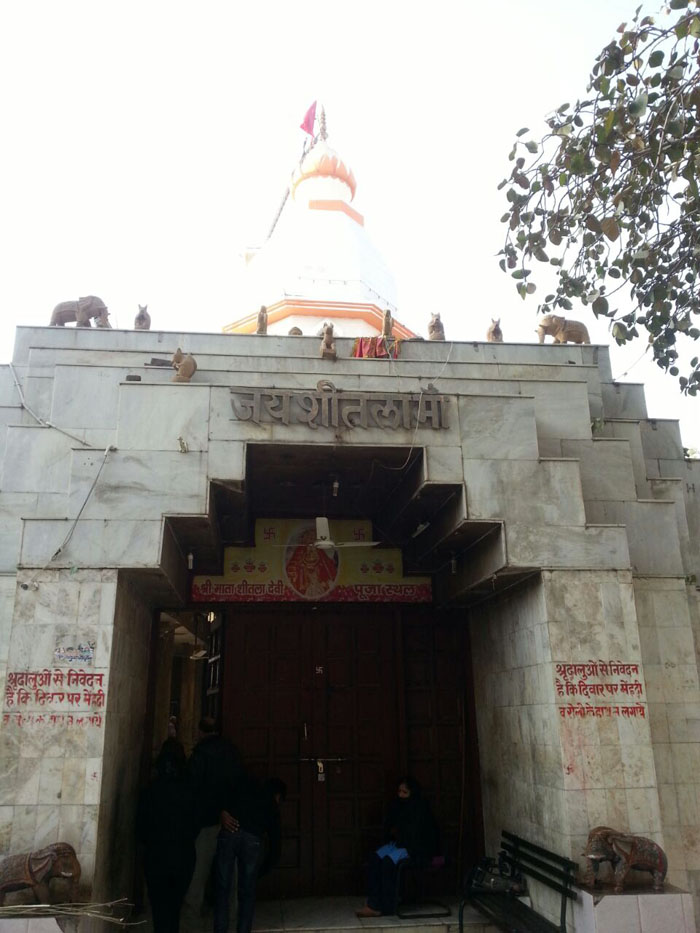 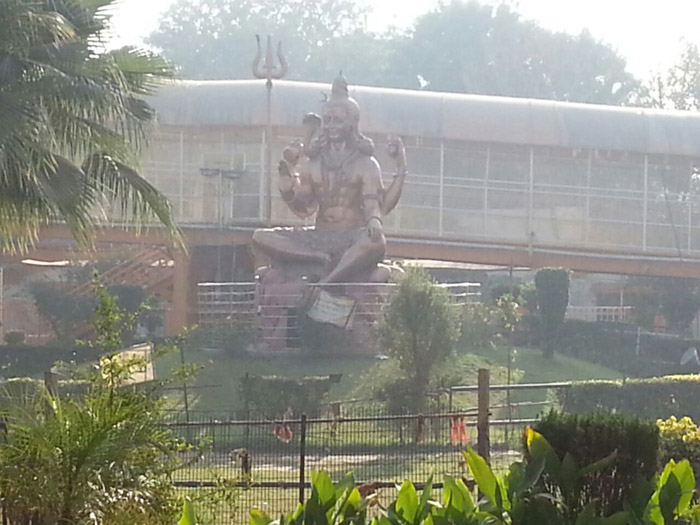 large shiva statue in the temple courtyard. the temple premises also has a big pond whose mud is considered very auspicious. during summers the pond is dry but the mud is used for mannat (vow made to god).

behind the lord shiva statue you can see covered bridge for devotees. which is used during navratri festival as there is a big queue during the fair which happens in march-april month (navratri). on normal days, you don’t need to cross this bridge to visit the temple.

there are many large banyan and other tress in the temple. during navratri many devotees offer the ‘khetri’ here. many people also do vat (banyan tree) pooja.