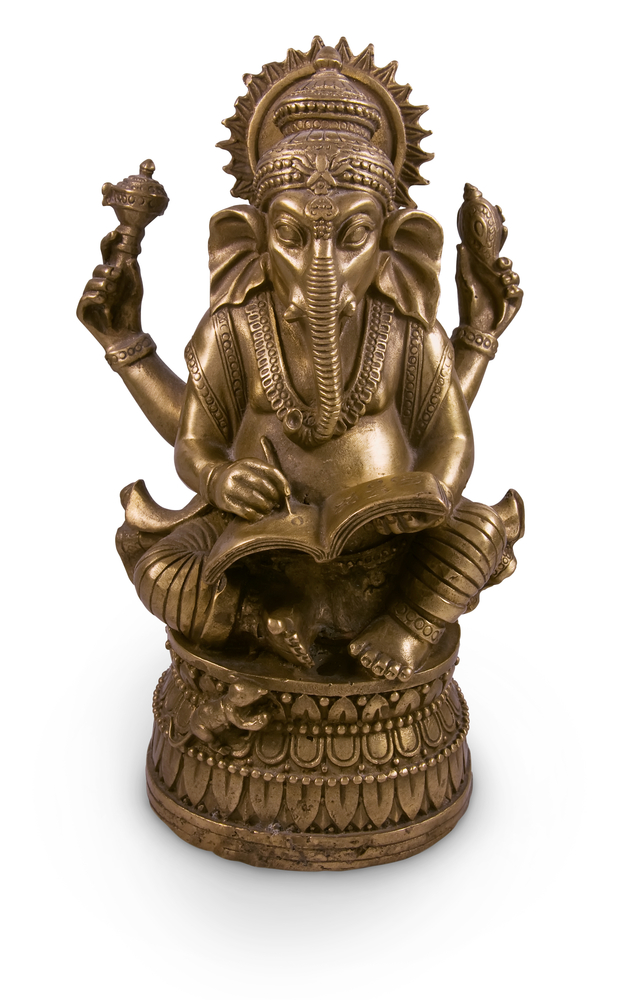 Sage Ved Vyasa has played the most important role in writing down Vedic scriptures. He is the author of great epic Mahabharata, Puranas and also of Vedas. Since he has written so many invaluable books for the benefit of mankind, the festival of Guru Purnima is dedicated to him. It is also known as ‘Vyasa Purnima’.

Ved Vyasa is the son of great sage Parashara who gave the science of Astrology (Jyotish) to us. Sage Parashara choose a very auspicious time (as per astrology calculations) for the birth of Vyasa.  Vyasa is also one of the seven Chiranjivins (long lived, or immortals), who are still living in body as per Hindus.

As per the legend, Ved Vyasa wanted to compose Mahabharata. He needed a very intelligent person to write down the Mahabharata for him. So Ved Vyasa prayed to Lord Brahma for guidance. Brahma Dev suggested him to request Lord Ganesha for this noble job as Ganesha has the highest intellect in the world.

When Ved Vyasa requested Lord Ganesha for this divine task. then Ganesha was not very pleased as he didn’t want to write down verses dictated by Sage Vyasa. So Ganesha made a condition that I will scribe down the Mahabharata but my pen should not stop. That means you have to continuously dictate the verses.

Now Sage Vyasa was at a loss. Because he will be needing some time to compose the Mahabharata verses. So he thought deeply and came out with a solution and accepted the Ganesha condition. The solution of Ved Vyasa was to put one condition that Ganesha should understand the verse before writing it down. While dictating the verses, Sage Vyasa used to compose some difficult verses in between which used to slow down Ganesha speed as he needs to understand the verse before writing it down and thus gave Ved Vyasa the much needed time to compose the next verse.

While writing the Mahabharata verses it happens that Ganesha’s pen broke down. But Ganesha has given his word that he will write non-stop. So to keep his promise, Ganesha broke one of his tusks and started writing again. This is one of the many legends associated with the theme “Why Ganesha has only one tusk”. Other stories are related with Saturn (Shani Dev), Sage Durvasa etc.

When we look at Symbolism associated with Lord Ganesha, then single tusk signifies ‘one truth’ or ‘non-duality’. It signifies that we have to move from duality to non-duality. The dual world is imperfect and ever-changing. We have to attain to the supreme perfection that is to realize our true nature (Moksha). As Lord Krishna said in  Bhagavad Gita, that on rebirth we just change the body but the soul remains the same.

The moral of the story is to finish what you have started and have a total commitment towards the work which you have undertaken.

If by chance you encounter any problems in your project then do pray to Lord Ganesha as he can remove any obstacles from your path. Any sincere prayer done to Ganesha is answered.