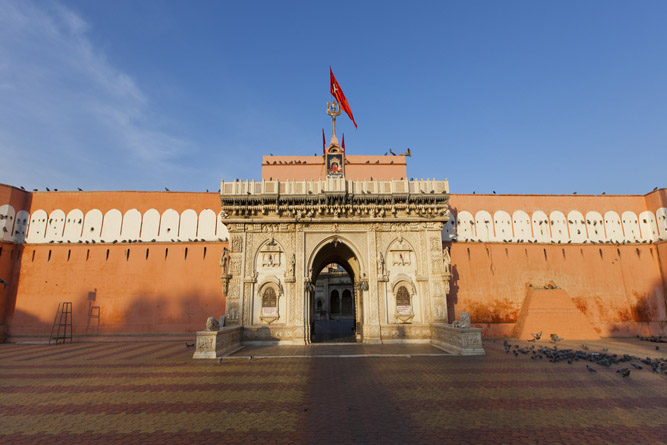 karni mata temple is a popular temple dedicated to karni mata (form of goddess durga) at deshnoke, 30km from bikaner, in rajasthan, india.

thee temple is famous for 20,000 black rats that live, and are revered in the temple. thats why the temple is often called as the temple of rats. these holy rats are called kabbas and few rats are white in color. if you see white rat inside the temple it is considered auspicious and symbol of fortune. it indicated that your wishes will be blessed by goddess durga. another auspicious sign is if the rats walks over your feet. eating food that has been nibbled on by the rats is considered to be a “high honor”. so take care not to trample any rat and be respectful to them. because as per legend they are sons of karni mata.

the temple is visited by people from all over india. but it is more popular among rajputs of rajasthan. she is an official deity of the royal family of jodhpur and bikaner.

legend about karni mata temple – karni mata was a revered saint in rajasthan.  she performed many miracles. her first temple was build during her life time by her followers. even king used to pay respect to her. although she was married but she choose to live the life of a celibate.

according to one legend, one of her stepson ‘laxman’ died. when lord of death yama came to receive his soul. then karni mata asked yama to leave the life of her step son. yama relented saying that he does not have power to do so. so karni mata (being incarnation of durga mata) brought her son back to life and also said that none of her family members will die and instead will be reincarnated as (kababs) rats in the temple. around 600 families in deshnok claims that they are descendants of karni mata and they will be reincarnated as kababs. it is also believed that once these holy rats die then they will be born as human being.

according to second legend, a 20,000 strong army deserted a nearby battle and came running to deshnoke. rajputs are known for their bravery. they choose death over desertion. when karni mata came to know about the sin of desertion, which is punishable by death. then karni mata spared their lives but turned them into rats, and offered the temple as a future place to stay. the soldiers expressed their gratitude and promised to serve karni mata evermore. 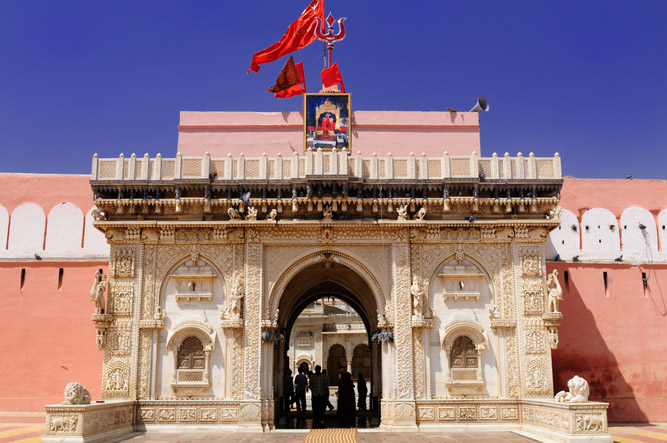 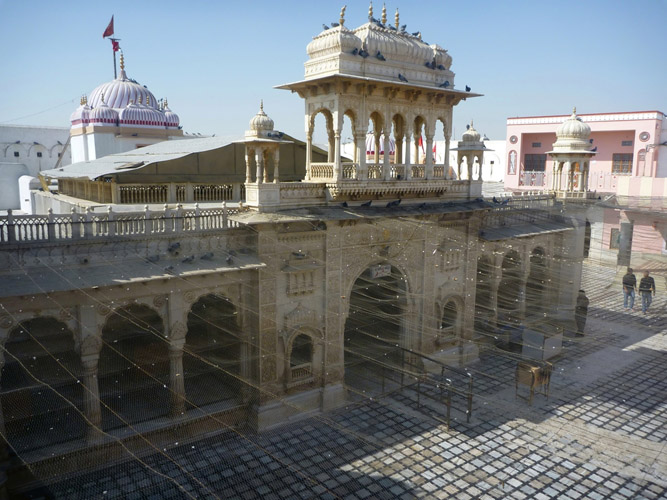 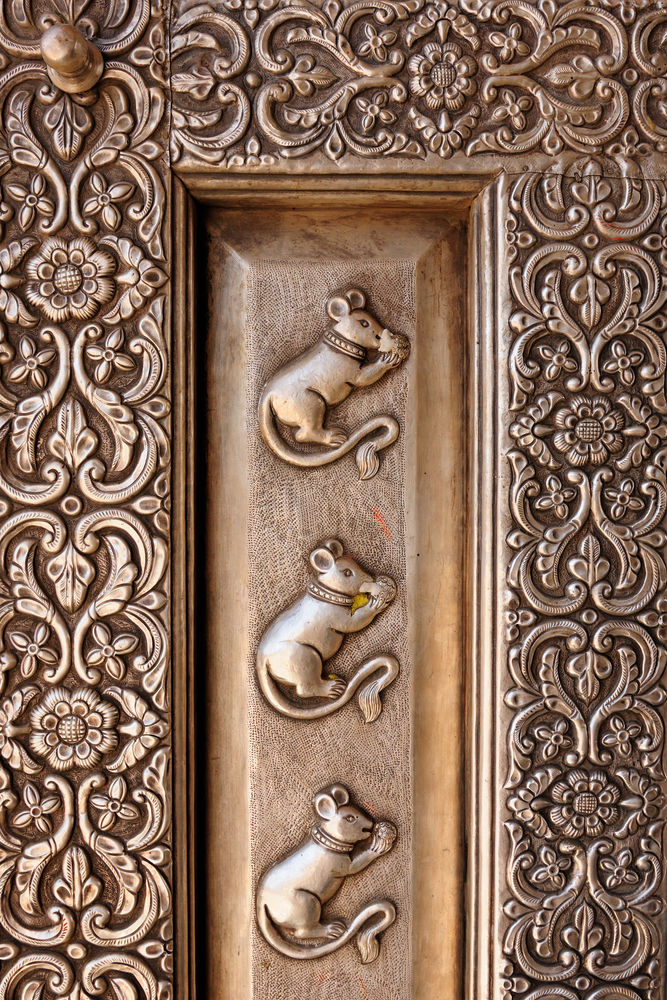 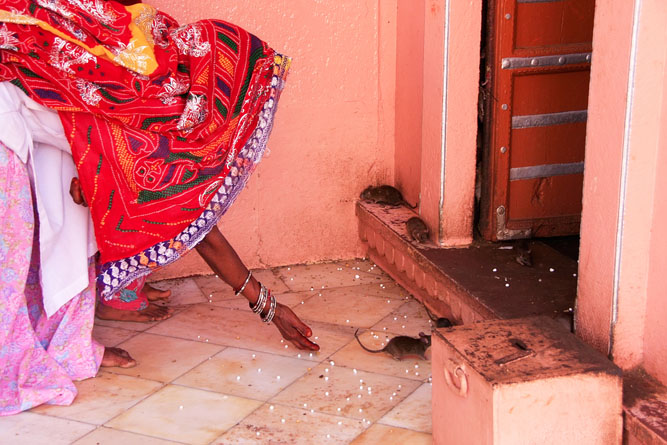 lady feeding the rats. its a common practice here. 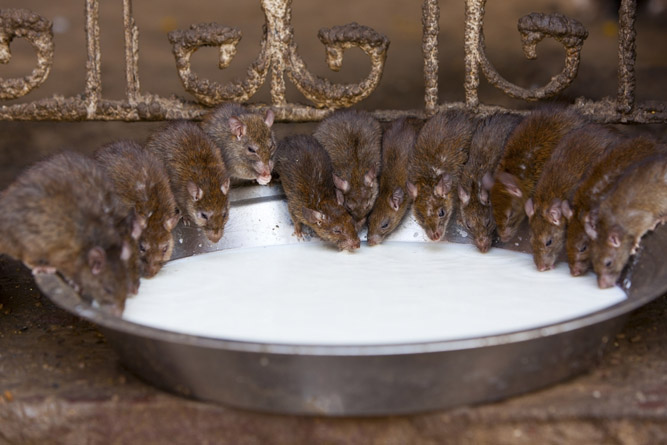 there are huge bowls of milk for rats. 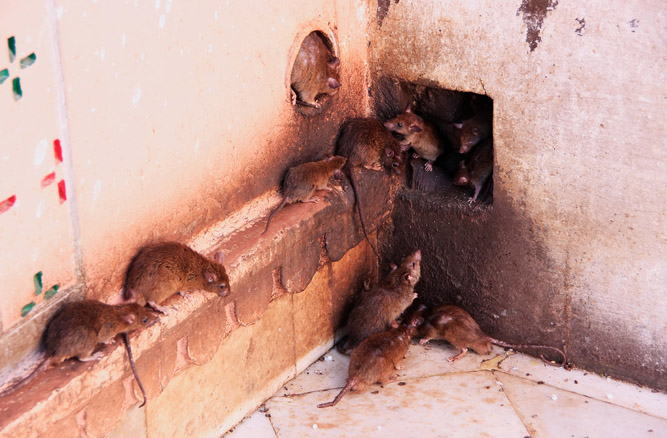 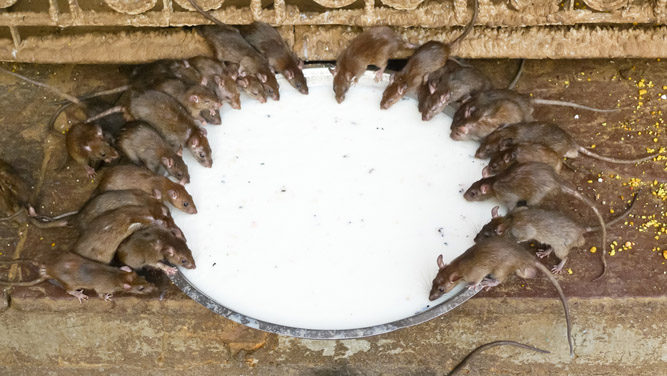 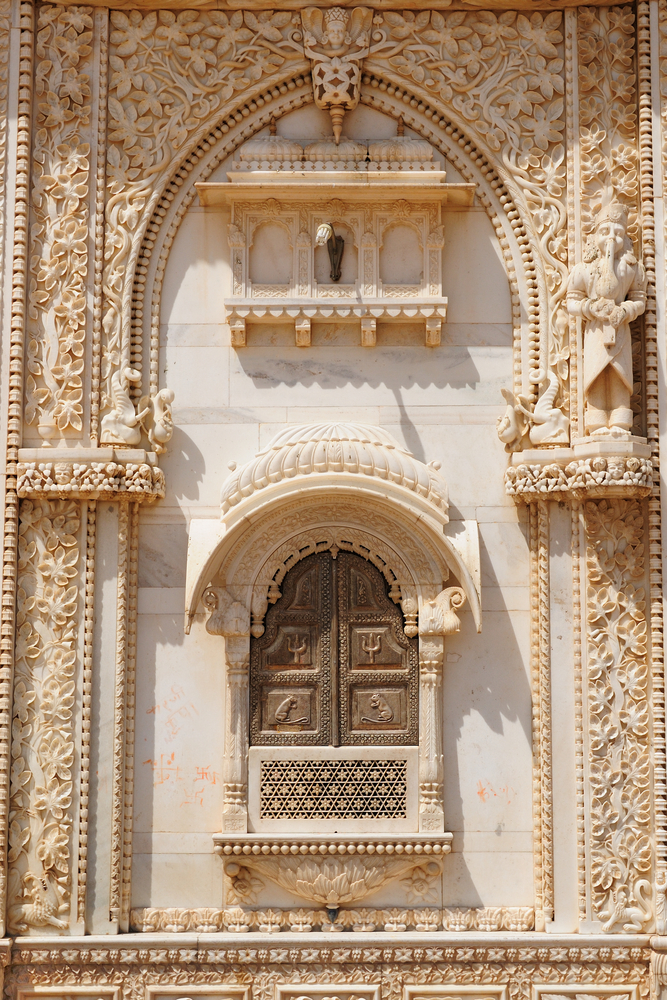 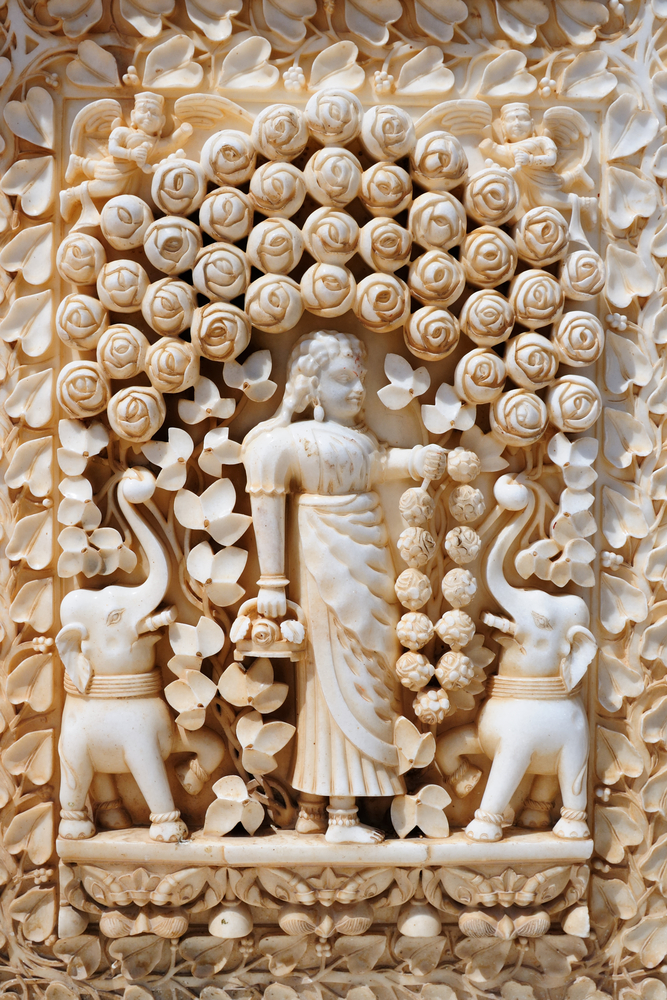 1. temple opens at 4 am in the morning and closes at 10 pm in night.
2. you can take your camera inside the temple. usually in most famous indian temples camera and mobile phones are not allowed. but here small fee is charged for taking the camera inside. fee is probably 30 rs for camera and 50 rs for video camera.
3. don’t wear shorts inside the temple.
4. don’t get scared by rats. they never bite any one. if you are still doubtful of this claim then consider the fact that they are well fed so they are not hungry.
5. karni mata fair happens twice in a year. first during navratri which happens during march-april and second time during navratri festival which happens between Sep-Oct. so during navratri thousands of people visit the temple.
6. westernersren’t allowed into the main shrine but they can walk around.
7. there are frequent buses from from bikaner to this place. about 30 kms from bikaner on nagaur road. a return autorikshaw from bikaner with one hour wait might cost between 350 Rs to 450 Rs (bargain). the temple is just 100 meters from deshnok railway station.
8. try malai ke laddu at the shops outside the temple.