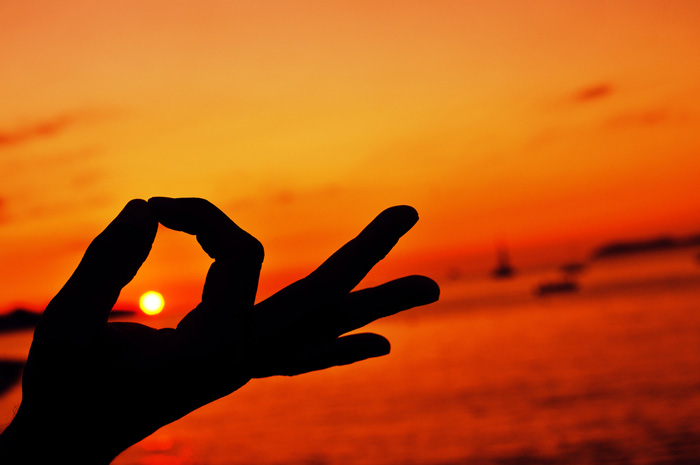 law of karma works but it is very difficult to explain how it works. only thing which is sure is that what ever you do to others will come back to you and you will have to face the same thing what you have done with others.

all eastern religion agree on law of karma. it is something which maintains balance and justice in the world. cunning people can make mockery of judicial system created by human beings but they cannot escape from this divine law. law of karma is applicable to everybody and no one is spared from it, not even heavenly beings or gods.

to know about what choice you have while dealing with law of karma, you can check this post how law of karma works.

how law of karma is connected with your actions:

1. intention and desire behind karma matters

as far as law of karma is concerned then your action is not so important. but your desire and intention behind action is more important. e.g. a surgeon and a butcher both uses the knife to cut someone body. but the surgeon desire or intention is to save the life. whereas butcher intention is to take away the life. so the same action creates different set of karma. so be watchful of your intention or desire while performing actions. best is not to desire anything. be desireless.

as lord krishna says in bhagavad gita – “you have a right to perform your prescribed duty, but you are not entitled to the fruits of action. never consider yourself to be the cause of the results of your activities, and never be attached to not doing your duty.”

2. identification with actions create karma
not getting identified with actions is very tricky and difficult part, at least for me. as we grow in sadhana then it is very much possible. when you get identified with any action or once the ‘I’ factor (ego) comes in between then karma is created. e.g. in zen there is story of a zen master who was a butcher but he never earned any negative karma while performing the role of a butcher. because he never identified with his actions. he was not the doer. the doership or the ‘I’ factor creates the karma. so don’t be a doer or don’t identify with your actions. don’t think that you are doing it. don’t bring your ego in between.

now this is easier said than done. but this is the essential message of lord krishna to arjuna in bhagavad gita. lord krishna has clearly said in bhagavad gita “perform all your duties without getting attached to the fruits of the activities. performing duties without getting attached, one can attain to supreme (consciousness)“.

how not to identify with actions to stop creating karma:

1. total surrender – when you have totally surrendered to your guru or to deity or to almighty or to any other medium, then in that state of total surrender you won’t take credit for your actions and you will not identify with them. everything you will do will be an offering to the god. somewhere this was the concept behind scarificial offering (of animals) done to gods in tantra. in that case the soul of animal as well as of the tantrik both gets evolved or transformed.

coming back to topic of surrender, lord krishna has said to arjuna in bhagavad gita that
a) “one who performs his duty without attachment, surrendering the results unto the supreme god, is not affected by sinful action, as the lotus leaf is untouched by water.”

so when you are totally surrendered to god, then how can you be held responsible for any action. because to held you responsible ‘YOU’ should be there. since you have already offered yourself to god, so all your actions will also be offered to god. this is the path of love or devotion or surrender.

2. inner centering – when you are totally centered within. you become passive watcher of everything happening inside and outside you. in that state you become witness to the action performed by your body. since you are no longer attached with the body or with the mind, you don’t create any karma. because you act from your source (soul). the source is always pure and free from sin. this is the path of meditation. but the important thing in this is to be totally centered in your source, that is to realize your soul or in other words to attain to moksha or nirvana or enlightenment.