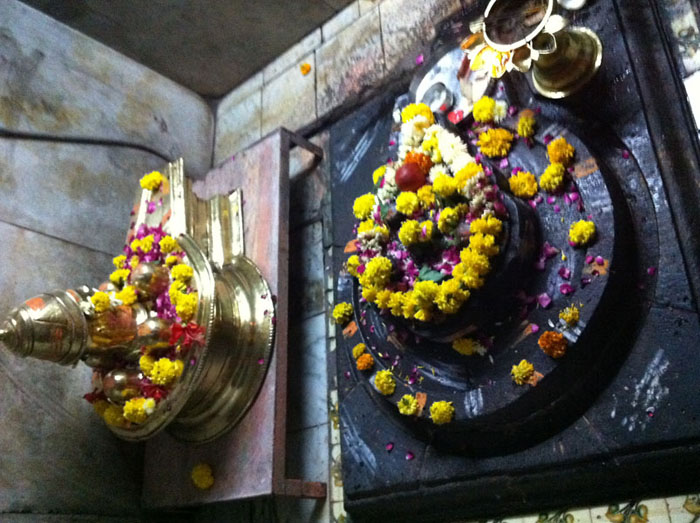 if someone tells you that shivalinga represents phallus of shiva then don’t listen to that argument. shiva linga is the union of shiva (consciousness) and shakti (energy).

now consciousness and shakti can meet when your kundalini rises to your agya chakra or 6th center. so shivalinga represent that heightened state of consciousness of a yogi who has become enlightened or has attained to brahman.

shiva linga represents the union of male and female energy inside you. it does not represent the union of a girl and a boy. because that is a very temporary union. although, in the moment of union both of them forget themselves and for a moment taste the egolessness. but how long it lasts?

shiva lingam is the union of your feminine and masculine side. that is when your pingala nadi meets the ida nadi at the 6th chakra. now pingala nadi is male as it represents the masculine part of your personality. that is logic, mathematics, research etc. it represent the sun side and is hot in nature. whereas ida nadi represents your feminine side of personality. that is love, intuition, poetry, sensitivity. it is cooler and is your moon side.

very rarely someone has ida and pingala in balance. this you can observe yourself by looking at the face of anybody. see their one eye will be lower or weaker than the other eye. i see it very often in most bollywood actors. when the ida and pingala become balanced then both eyes become equal.

when ida and pingala merge at any higher chakra then the samadhi happens. because the merging of ida and pingla produces friction which ignites the sushmana nadi (central nadi) and then kundalini rises. so the samadhi can happen at heart chakra (love), throat chakra (discrimination, communication and creativity) or at third eye chakra.

when this union of ida and pingala happens at third eye chakra then the duality disappears. your energy no longer moves in horizontal direction and becomes vertical. you know yourself as a vertical pillar of consciousness. you cannot do anything unconsciously. unconsciousness is next to impossible after that.

kundalini shakti resides at the base of your spine at the mooladhara chakra. it is compared with the snake. because snake curls up in circles and sit. it does not have any backbone. but still the cobra can stand straight. similarly when kundalini shakti rises and reaches the agya chakra then the state of shivalinga is achieved.

lord shiva always gets immersed in samadhi and it is very difficult to bring him down from the samadhi state. the shivalingam represents the samadhi state of shiva. when you worship shiva linga then you are worshiping shiva in samadhi. you are praying to him for raising your consciousness and offering his grace to you so that you can also lose your identity in samadhi.

p.s.
1. one of the important duty after getting enlightened is to bring the energy down. so that you can help others. not every enlightened person is able to bring this energy down. i believe, when you do abhishekam then you are requesting shiva to bring his grace (down) down on you.
2. i support that instead of milk, we should move towards doing abhishekam with water.