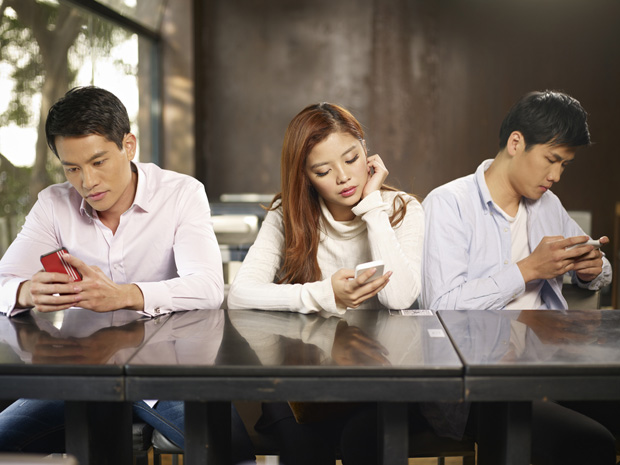 social media sites like facebook, twitter, instagram etc have become become part of your life. who does not want to be in touch with their friends who have now settled in different parts of world.

its a great blessing to see the friends updates and able to talk to them so easily. because of social media the world has narrowed down further. social media is also quite helpful in raising voice against many social issues like corruption, dowry, women safety, violence and so on. but despite having so many benefits, social media is indirectly affecting your life in negative way.

also read – social media is mental clutter for a seeker

how social media is spoiling relationships and life:

1. comparison with friends: in the social networking sites, everyone shares their best moments of life. everyone tries to portray a very happy go lucky picture in front of their friends. naturally, people who are not doing well in life start comparing their situation with their friends prosperity or happiness… and end up feeling low. this not only lead to jealousy at times but also low morale and low self esteem.

very rarely, you will see people sharing or discussing their low phases of life in social media. so in social media, only one side of the story is shown. which is not a good message for someone who is going through a low phase in life.

2. less interaction with family members: you end up spending lot of time in social media sites that you hardly spend quality time with your family members. even in bedroom, sometimes the husband and wife are glued to the laptops.

3. losing touch with reality: social media is a virtual world. its better, if you spend the time in playing some sports or learning a creative hobby than the time you spend in social media. in the 90’s the children used to play sports in the streets or in the grounds. but nowadays they are either going for tuitions or hooked up into television or social networking sites.

4. addiction: many people often get addicted to social media sites. they end up wasting lot of time as well as mental energy.

5. false hope and dreams: everyone likes to see interesting updates in the social media sites. e.g. photos of beautiful places, restaurants or amazing clicks. if your friend has visited such places then won’t you like to visit them too. so it creates more desires and more restlessness in your life.

6. hit and miss relationships – many people exploit facebook or other social media sites to make quick relationships. many people nowadays meet first time on facebook and then start dating. young generation is specially vulnerable to this. another area where facebook creates problem is when you ex boyfriend/girlfriend adds you in the friend list. or when your friend innocently shares your life secrets lot more than what is needed. it could be via a comment on your post or sharing your old photo.

remember: all that glitters is not gold. everyone has problems in their life but no one writes about it in the social networking sites. if you check your facebook profile, then you will end up believing that the whole world is celebrating and is very happy and prosperous. but that is not the case in reality. its a wrong projection and many people in the world are feeling emotionally low by spending time in such sites.

social media sites if used wisely are very helpful but at the same time, they have the potential to create problem in your life too.