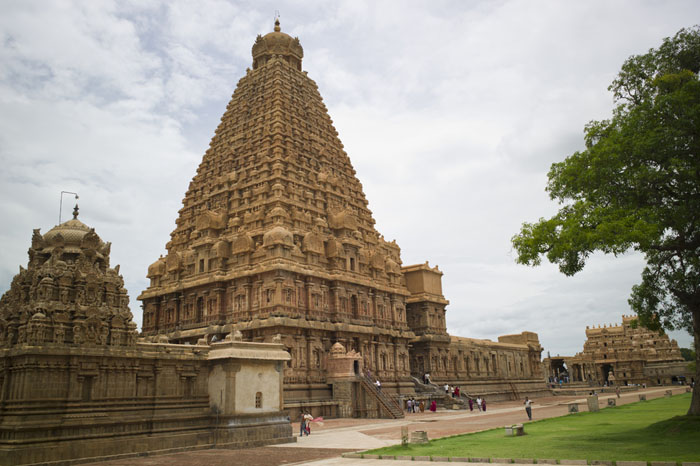 india has always been a country of religion. for thousand of years temples and religious places are build in india. hinduism, buddhism, jainism and sikhism are born here.

in india, spirituality has always been the center of people life. visiting temples, doing rituals, keeping fast etc are part of hindus way of life. e.g. when a hindu boy gets its first income from job. then first thing his mother tell hims is to go to a temple and offer prasad and money to the deity. during birthday also, the tradition is to visit the temple and take blessings from god and do some charity.

hindus visit temple for all sort of reasons. it could be occasion of celebration, it could be a distress time and they want divine grace to solve their problem. or the reason could be devotion and love for their deity. or they want to donate money in the temple for helping poor people.

seeing the grandeur of these temples many people specially foreigners say that india is a poor country. many people don’t have food to eat or house to sleep then why people are spending so much money in building temples? the question looks valid but is not intelligent. the reason being people are poor here not because of temples but because money has been taken away from india during foreign rule.

1. the top most reason why people visit temple is that it gives them mental peace. faith in god is essential for most people to live a normal life. because you know some higher force is watching everything and will do the justice in the end. if a poor or weak person is cheated then he knows that god is there and will help him. in time of distress most people remember god and want to please the god. so naturally they visit temple to pray to god and get connected with their chosen deity.

2. after visiting temple, people become more peaceful and satisfied. peaceful person can not be violent. thats one of the reason india has never invaded any other country. it has given protection to people from all religions. e.g. i read that jews say that india is the only country where they are not persecuted. one of the central belief in hinduism is that god can be realized via thousands of paths. each path lead to god.

3. many people when they want to donate money or do charity, visit temples. as many temples (but not all) are involved in doing charitable activities.

4. religion keep the society together. there is ethics and moral code. there is a fear of god which prevents people from committing crime.

just think like this – rich people all over the world are enjoying life. they are spending money to live a good life but no one question them. if someone goes to a cinema hall and spend 1000 INR to watch a movie then no one question them that why you are wasting 1000 INR for 2 hours show. many people are dying of hunger. why don’t you donate money to them?

i feel there should be balance in everything. if some people feel comfortable in spending money in a movie show or in buying expensive home or car then its their right to do it. no one should question them. they are spending money from their hard earned income. it is their right to spend the money the way they like it. they are buying expensive things because it is giving them joy. if donating money for charity gives you joy or mental peace then do it. its fine. but be accepting of other people way of living also. remember, everyone is responsible for their present state of affairs. you create hell or heaven in your life. law of karma works everywhere.

people who visit temples or donate money to build temples are doing it because it gives them mental peace. it helps them in living a spiritual life. so why question only the building of temples? if you want to question then question every extravagant way of spending money.

if someone has to question then question everything which is not contributing to society. e.g watching cricket or football matches does not help the poor people. its a known fact that crime rate goes up after every big boxing match. does a boxing match help the society more than a temple. so its funny when people question only temples.

the fact is that the money which rich nation have looted from poor countries during colonial era should be returned back. then only there will be some economical equality in the world. many countries like india were poor when they got independence. so they have lost their material wealth. lets not take away their spiritual wealth also.

a poor person is in more need of temple than a rich person. its only in bad time that most people remember god. a poor person needs food to eat, money to buy clothes and other essential things of life. and he also needs temple to pray to god and have mental peace. someone rightly said “religion is opium for poor people” as it gives them mental peace and power to face the harsh realities of life. so please don’t take away temples from people life.