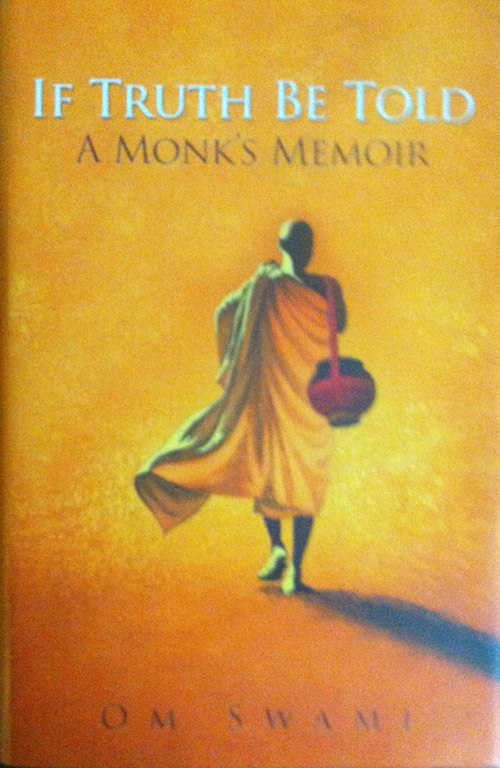 on the spiritual path, everyone need motivation and spiritual guidance. living with a spiritual master or having a friend circle who is following the spiritual path sincerely is a real blessing for any seeker. otherwise, do read good spiritual books from time to time when ever you feel low or need guidance. spiritual biographies will not only inspire you and keep you motivated on the path but can also give you lot of insights.

15 spiritual biographies to inspire you:

1. autobiography of a yogi by paramhansa yogananda
one of the most popular spiritual biography. it has influenced the life of millions of people including steve jobs. in this book paramhansa yogananda introduces kriya yoga, ageless yogi babaji, his lineage and the eastern wisdom to the world.

2. living with himalayan master by swami rama
swami rama shares his growing up days with his himalayan master and how he was send by his master to various sages of india to learn from them. a very insightful book from an indian yogi who was the first yogi to be examined by scientists at the menninger clinic who studied his ability to voluntarily control bodily processes like heartbeat, blood pressure and body temperature that are normally considered to be non-voluntary.

3. glimpses of a golden childhood by osho
acharya rajneesh (osho) shares his childhood days in this book with his trademark fluency of words. he was really rebellious from childhood and always spoke in favor of truth. he shares the time he spend with his maternal grand mother, 3 enlightened mystics who helped him and his many childhood stories full of wisdom and rebellion.

4. aghora trilogy by dr. robert svoboda
robert svoboda is the first certified foreigner ayurveda practioner from inda. in this trilogy of book, he shares the journey and wisdom of his enlightened tantrik master ‘vimalnanda’. this is one of the most honest account of tantra practices and teachings. tantra is much more than just sex techniques which has been propagated in west.

5. the life of shabkar: the autobiography of a tibetan yogin
shabkar tsogdruk rangdrol is regarded as the greatest yogi after milarepa to be born in tibet. this is a good book for serious practitioners of buddhism and someone who likes spiritual poetry as the yogi had traveled a lot in tibet and expressed his realization via poems. book is full of gems.

6. the journey home by radhanath swami
journey of a western seeker who left his home to search for truth in an unknown land. he travelled via bus and came to india. a long journey but full of surprises. he had a photo of krishna with him but he didn’t knew who is krishna?. so he spend time with many genuine gurus of india but never got the inner pull to stay with them for long, as his destiny was tied up with lord krishna. miraculously he was guided to his real love ‘krishna’. a good read for krishna devotees.

7. on the road to freedom, a piligrimage to india by swami paramatmananda (vol 1)
again a journey of western seeker who left his home to explore eastern religion at a young age. the book is written in a very simple language but with lot of honesty, innocence and carries many insights.

8. living by the words of bhagavan – by annamalai swami
annamalai swami was a disciple of enlightened mystic ramana maharshi. he had left his home at an very early age to join maharshi. in this autobiography annamalai swami shares his years of rigorous efforts and close association with his guru. most of the ramana ashram was expanded in front of annamali swami and you will get to read the life in the ashram during ramana maharshi time.

9. living with the master by kunju swami
another book by ramana maharshi disciple. both these books take you back to the time when spiritual aspirant were more focused solely on practice and used to stay close to the guru with just fulfilling minimum basic human needs. focus was more on spiritual growth than on living a luxurious life. both these books are first hand account of life with ramana maharshi.

10. if truth be told: a monk’s memoir by swami om
in the current time, we are too much attached with money and luxuries lifestyle. if you want some inspiration to focus more on spiritual path than on earning a luxurious lifestyle then go for this book.

11. third eye by t. lobsang rampa
lobsang rampa was given to the monastery by his family at a young age of 5. thus started his rigorous training which he undertook in the monastry in tibet. a must read, if you need discipline and determination in your path.

13. in search of the miraculous by p.d. ouspensky
ouspensky was a world famous mathematician and writer but he left everything to train under gurdjieff. gurdjieff was known for his weird ways and tough tasks. in this book ouspensky shares the time he spend with gurdjieff and how he trained them. its a intense book filled with lot of spiritual insights. its considered as the best book to know gurdjieff teachings.

14. be here and now by ramdas
many hippies and drug addicts who had spiritual experiences after taking drugs visited india during 70’s and 80’s. they wanted to explore more about the eastern wisdom. this is the story of dr richard who after years of teaching in harvard left everything to explore india. first part of the book is about his transformation to baba ram dass and about his meeting with his enlightened master ‘neem karoli baba’. the 2nd and 3rd section of the book is exclusively about spiritualism and various forms of yoga and meditation.

note – i must also mention about the book “the story of my experiments with truth” by mahatma gandhi. although this book is often put in spiritual category but i won’t consider it a spiritual book in true sense. i am mentioning this book as mahatma gandhi was a honest person and always pursued truth with a total commitment. if you are looking for inculcating speaking truth in life and being more honest towards your spiritual journey, then consider reading this book to inspire you.

lastly if you want to mention any spiritual biography book which should come in this list, then do share your feedback.