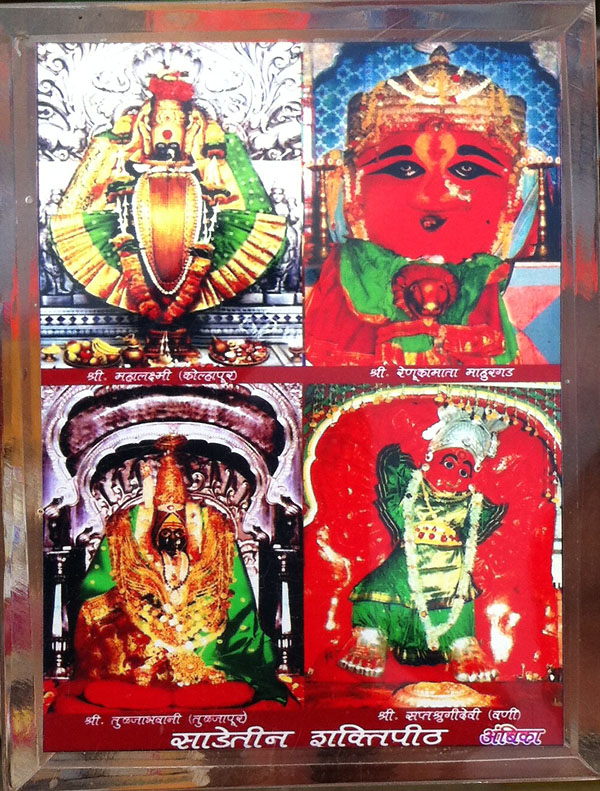 shakti peetha temples are seats of adi shakti energy. so they are specially charged spots for shakti worshippers or people devoted to feminine energy or ma parvati. 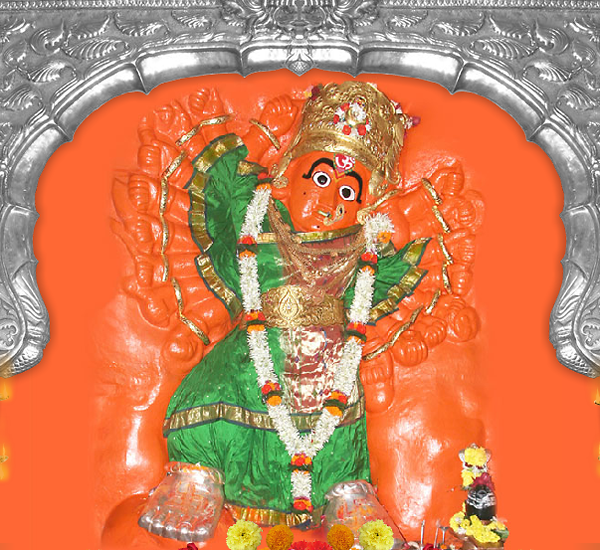 1. saptashringi temple in vani, nashik – the abode of the goddess of seven hills. the temple is situated around 60 km from nashik. its located on a hill with very beautiful lush green sorrounding. the energy and climate of this place will open your heart. i had visited this temple during monsoon. rains and clouds were adding a mystical aura to this temple surrounding.

you have to climb 200+ or even more stairs to reach the temple. when i visited this temple, i felt its a mini vaishno devi shrine of jammu. the temple website mentioned this shakti peeth as a puran (complete) shakti peeth, but generally it is considered as a half shakti peeth temple and is very popular.

when you visit nashik then you can also visit trimbakeshwar jyotirlinga, panchvati sita gufa, kalaram temple and goraram temple. 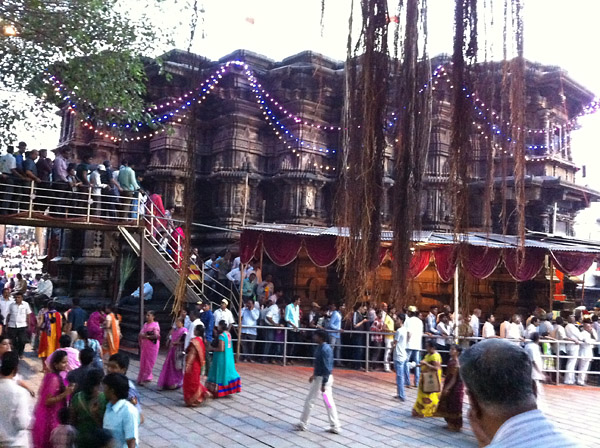 (mahalaxmi temple kolhapur, 8th day of navratri. there is also a yellow color stone kalash on top of this ancient rock cut temple)

2. mahalakshmi temple at kolhapur – it is a very old and architecturally rich temple. when you visit the temple it will mesmerize you with its beauty and grandeur. my first feeling was that i am standing in front of a very ancient temple. it is believed to be around 2000 years old.i have also heard that pandavas have build this temple in one night. there are statues of mahalaxmi ma, saraswati ma and kali ma inside the main temple. it also has a mahalaxmi yantra.

when you do the temple parikarma then you will get to see many small temples like shani dev temple, tulja bhavani temple, lord dattatreya temple (it is believed that in the afternoon lord dattatreya come here to take bhiksha/alms from mahalaxmi ma) and many more temples. there is also a tirupati balaji temple and many people visit this temple after visiting tirupati balaji to complete their yatra.

the temple has four big gates and is right in the middle of a prospering market. there is ample space in the temple courtyard to sit and remember ma. it is one of my favorite temple as it lies in the middle of the city. so i can visit the temple easily. tulja bhavani temple and ma saptshringi temple are outside the cities. i am yet to visit the renuka ma temple at mahur so can not say much about renuka ma temple. 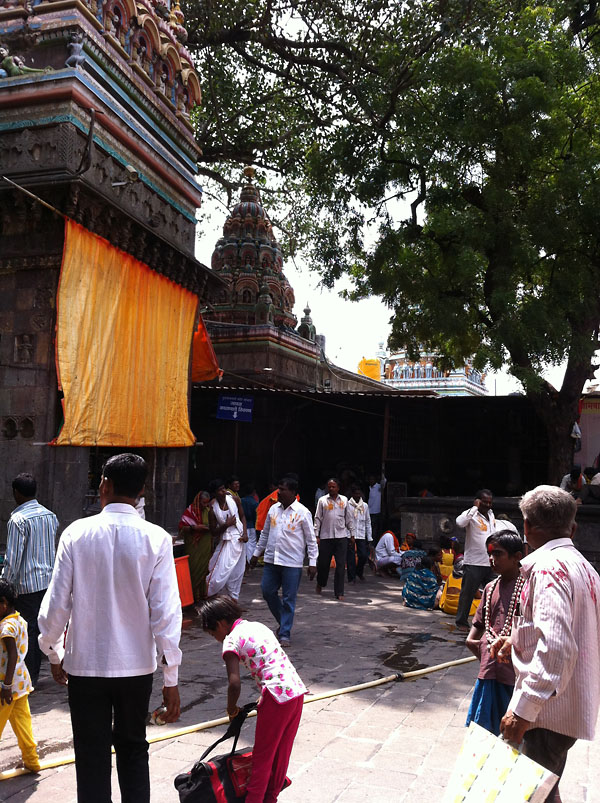 3. tulja bhavani temple at tuljapur, solapur – the temple is devoted to goddess bhavani. the temple is worshipped by many royal families of maharashtra. even shivaji maharaj used to come to this temple and worship ma. it is believed that maa  gave him a sword – ‘the bhawani sword’ for success in his expeditions. no wonder, how adverse was the situation… shiva ji maharaj always used to win the battle. it seems he has the protection of bhavani ma who is worshipped by warriors as she gives courage to fight.

in this temple complex, the temple trust sell the maa sarees as prasad. these are those sarees which devotees offer to maa and the priest had put the sarees on maa idol. while doing parikarma you will see many small temples of yamai devi, jejuri khandoba and few more temples.

4. renuka ma temple at mahur, nanded – mahur is said to be the birthplace of goddess renuka and lord dattatreya. renuka mata is mother of lord parshuram (sixth avatar of lord vishnu). so the important temple in this place are renuka temple, lord dattatreya temple and anusaya temple. dattatreya was born to anusaya and sage atri. this temple is considered a full shakti peeth temple.

all these shakti peeth temples are specially visited by devotees during navratri festival. pray to maa with sincere heart for her blessings. happy journey.